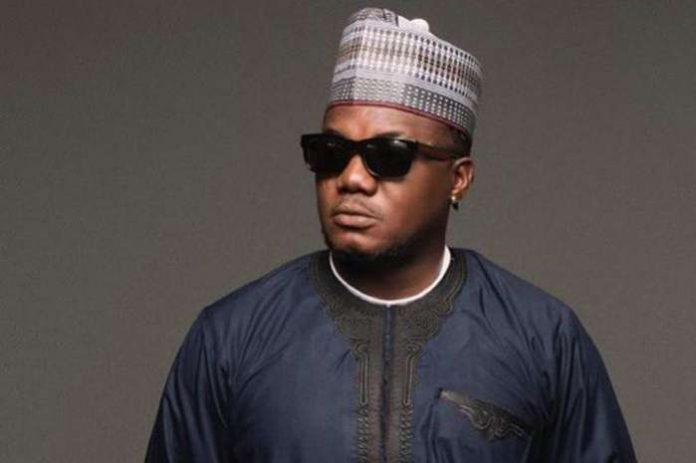 He said he had CCTV footage of the visit, unknown to the raiders.

Newsmen had earlier reported that the rapper was picked up following an intelligence report that there were hard drugs in his house.

However, speaking with newsmen on Saturday, the rapper stated that Indian hemp wasn’t found on him, saying that he had CCTV footage to back up his claim.

He said, “Men of the NDLEA came to my house yesterday evening (Wednesday). They threatened me with a pistol to my chest and beat me black and blue in my own apartment. They said they got information that I deal in drugs. They searched everywhere and turned my house upside down. All they could find was a plastic crusher. Thereafter, they took me to their headquarters and seized my passport and bank documents. They also threatened me saying that I don’t know who I’m dealing with. I was told that after this incident, EFCC would also intervene. It was at that point I knew someone was trying to use power to oppress me.

“Little did they know that my whole house has close circuit cameras. The footballer, Obafemi Martins, aka Obagoal, interfered. Their boss from Abuja subsequently called them to release me yesterday since whatever they found in my house was negligible. I was beaten because they found a crusher in my house. They pointed a pistol towards my chest, saying the crusher was enough for them as evidence to take me away.”

He also dared the NDLEA to show Nigerians the Indian hemp they found in his house.

He said, “I am heading to their office now (Thursday afternoon).They will have to show the media the Indian hemp they found in my house or I would ‘leak’ the CCTV footage I have. A plastic crusher was found and I was beaten because of that.

“My message to my fans is that it is better to stand for something than to fall for nothing. The era of oppressors has to stop now. Speak up.”