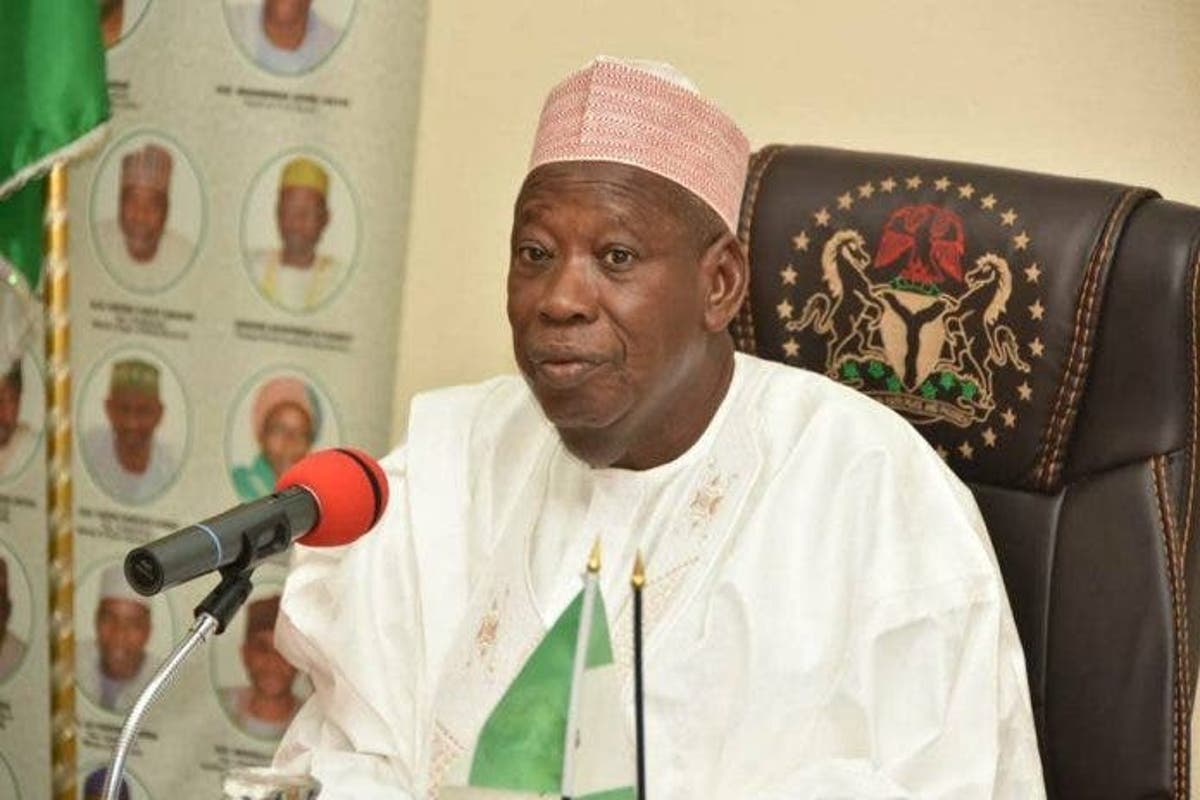 Nigerians have criticised Kano State Governor, Abdullahi Ganduje on the social media for claiming to be fighting corruption.

The governor had instructed the state Chairman of the Public Complaint and Anti Corruption Commission, Muhyi Magaji, not to compromise in the fight against corruption, adding that he should  not mind whosoever was involved.

The governor stated this on Saturday while on an inspection tour of the renovation work taking place at the Commission headquarters in the state capital.

He stated that the Nigerian Federal Government cannot fight corruption alone without replication at the state and local government levels.

“Whosoever falls in the Commission’s trap should face the consequence.  I will have nothing to do with it. I will not interfere with any case whosoever might be involved,” Ganduje declared.

He said, “With the way corruption is fighting back and being an agenda of President Muhammad Buhari to fight against corruption, the Federal Government cannot fight corruption alone, it needs domestication in the states and the local governments to succeed.”

But Ganduje himself was enmeshed in a bribery scandal in 2018.  An online newspaper, Daily Nigerian, had in 2018 published a video showing the governor taking kickback in dollars from a contractor in the state.

The video, which was sourced by Kano-based journalist and publisher of the paper, Jafaar Jafaar, was well circulated on the social media.

Nigerians therefore took to the social media to criticise the governor. According to them, the governor does not have the moral justification to lay claim to fighting corruption. One of the commentators said, “We insult God with some of our comments. This man deserves a special place in hell. This is one of the most corrupt governors in Nigeria.

Another said, “Yet he’s saying shits about fighting corruption. This generation is in for a severe mess, we either fight these political criminals or they shall ruin not only our future, but also the future of our children & generations unborn.”

However, the chairman of the state anti-graft commission has praised Ganduje’s political will in the fight against corruption in the state.

He said, “It is your political will and support that has made this anti-graft agency among the best in the country. We have set benchmarks in the country and are being emulated by other states.”