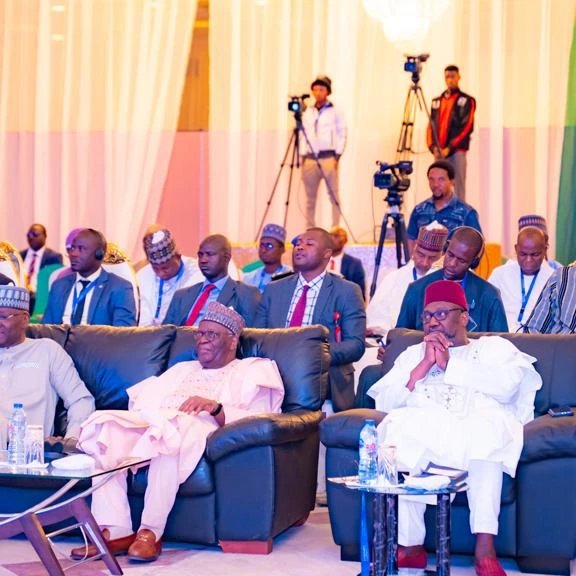 He stated this as a  guest at the 1st Summit of the Forum of the Financial Intelligence Units of GIABA Member States (FFIU-GMS) held at the Aso Villa Banquet Hall, Abuja.

He decried the activities of criminal elements, saying that they were being supported through money laundering.

The Governor added that there has been a movement of funds to purchase arms as well as related activities in money laundering and terrorism financing.

“Niger State being one of the states at the forefront of banditry and other criminal activities have seen it all”, he said.

“The easiest way to curtail or cut down these activities is by blocking the finances of these criminals”, he said.

He added that the availability of drugs and funds was supporting the bandits and other criminals to be terrorizing people.

“I am sure you are aware that terrorism and banditry activities are related to money laundering.

“First of all, there is the need to track the movement of funds to stop the purchase of firearms and drugs. From my experience, one thing I noticed is that drugs play a major role in this insecurity because most of the insurgents are mostly intoxicated with hard drugs”, the Gov explained.

Other speakers at the event included the Secretary to the Government of the Federation (SGF), Mr. Boss Mustapha, Chief of Staff to President Muhammadu, and Prof Ibrahim Gambari.

The Governor commended the activities of the Forum, saying that corporations among the member countries will ensure better intelligence sharing to have a better-secured environment.

They all called on the need to strengthen information sharing to prevent terrorism financing so as to end the activities of bandits.

The Forum which was created in 2013 has 15 West African countries from the ECOWAS region and two non-ECOWAS members, Sào Tomè and the Union of Comoros.