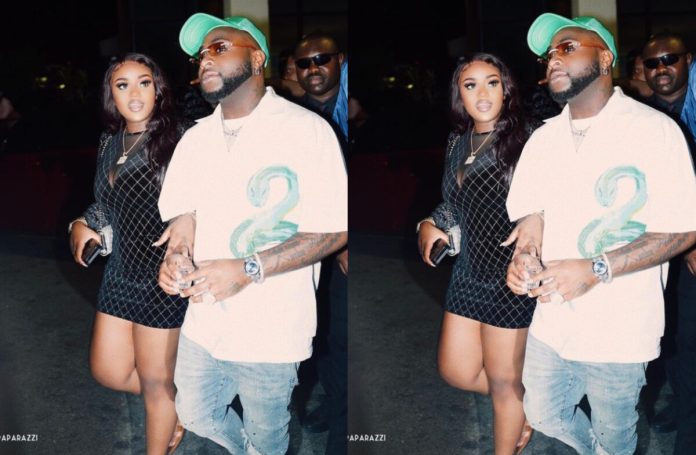 The couple who broke up in 2021 after over 3years of dating confirmed they were back together as they stepped out in style.

Frank Talk Now reported that Chioma Avril Rowland had left many singing her praises with her recent show of support to the singer.

The mum of one stepped out in style for Davido’s concert rocking his new 30BG pendant worth millions. The pendant had the inscription, ‘002’, which hinted at Davido and Chioma’s

In the video which made rounds, the brand influencer could be seen sitting front row as the singer gave a stellar performance.

READ ALSO:  2023: They are on their own – PFN distances itself from Northern bishops who met with Tinubu

As the camera panned to her, Chioma became shy and hid her face.

The adorable moment had melted the heart of many as they took to comment section to drool over her beauty.

The video further fueled more rumours that the ex lovebirds were back together. This made fans of the couple happy as they took to comment section to gush over them.

A photo of the couple holding hands made it way to the internet and it has left many drooling.

Taking to the comment section, many hailed the couple as they drool over them.

Level Bouy wrote, “Wow wow my love and my love”