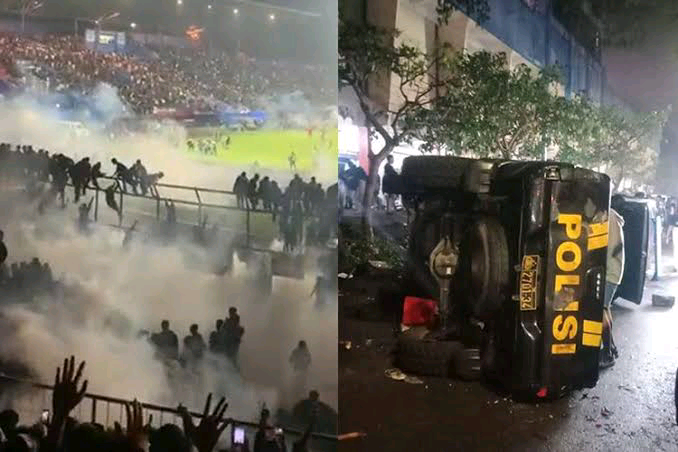 176 people have been killed in a riot at a football match in Indonesia, most of whom were trampled to death after police fired tear gas, in one of the world’s worst sporting disasters.

Violence flared at the end of the game in Malang, East Java, where hosts Arema lost 3-2 to Persebaya Surabaya.

Angry at their team’s first home defeat by the rival club in 23 years, thousands of Arema supporters invaded the pitch and threw bottles and other missiles at players and football officials.

Clashes spread outside the stadium where at least five police vehicles were overturned and set on fire.

Riot police responded by firing tear gas, including towards the stadium’s stands, sparking panic among the crowd.

Tear gas is banned at football stadiums by the international governing body FIFA.

Some people were suffocated and others trampled as hundreds ran to the exit in a bid to escape the chemical.