2021 in retrospect: 5 major issues that rocked the world of sports 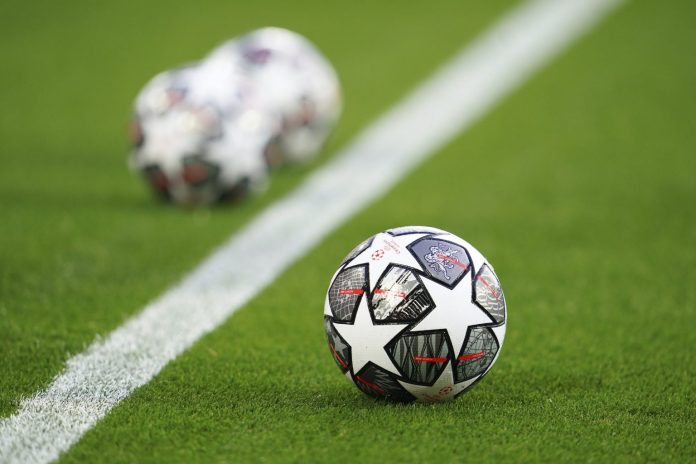 2021 was the year the world continued to learn how to do things differently.

After COVID-19 ravaged the world in 2020, even the sports industry had to grapple with deaths, postponements and innovations.

However, there was a semblance of normal in 2021 and we were back to full crowds, hectic schedules and more drama.

Frank Talk Now presents to you five issues that rocked the world of sports.

1. SACKINGS: 2021 began with Frank Lampard getting sacked as Chelsea manager. The club hero was shown the door after only 18 months in charge. In came Thomas Tuchel, who went on to win the Champions League within six months.

Jose Mourinho was next to go at Tottenham Hotspur. The Portuguese was fired the same week Spurs were to play in the Carabao Cup final. They went on to lose. Mourinho is now at Roma.

Manchester United also found the courage to free Ole Gunnar Solskjaer from his misery in November. The Norwegian was sacked after a humiliating 4-1 defeat at Watford. In the almost three years he spent at Old Trafford, he won nothing.

Let’s come home. The Nigeria Football Federation (NFF) also dismissed the longest-serving Super Eagles head coach, Gernot Rohr, with only weeks to go to the 2021 Africa Cup of Nations. The three-time African champions are now being handled on an interim basis by Augustine Eguavoen, although Jose Peseiro has penned a two-year deal.

2. SHOCK TRANSFERS: For the first time in what looked like an eternity, we got to see Lionel Messi in a shirt that is not Barcelona’s. What was more shocking is that the Argentina superstar left as a free agent. His contract with the LaLiga had run out. And unlike last year, Messi was eager to sign an extension. However, this couldn’t happen due to Barca’s debts and LaLiga regulations on player registrations.

His eternal rival, Cristiano Ronaldo, also returned to more familiar surroundings. The 36-year-old, at one point, seemed to be heading to the Blue side of Manchester. But his former boss and mentor, Sir Alex Ferguson, stepped in and ensured Ronaldo would be playing out his final years at Old Trafford.

3. SOUTHPAW DOWNS JOSHUA: Anthony Joshua surprisingly lost all his belts (IBF, WBA, WBO and IBO) heavyweight titles to Usyk in September. The British fighter was out-boxed and dethroned by Usyk at the Tottenham Hotspur Stadium.

Although the Nigerian-born boxer recorded some moments of success throughout the fight, it was not enough to give him victory.

Joshua’s reign as IBF, WBA, WBO and IBO ended in a stunning fashion, as Usyk won by a unanimous decision. He was badly hurt in the third round and suffered a swelling injury on his right eye at the end of the fight.

It was the second defeat of his career after being upset by Andy Ruiz Jr in 2019.

However, Joshua is expected to fight Usyk in a rematch in April 2022.

4. SLOPPY DRAW: It had never happened before in the history of the UEFA Champions League. For a minute, we thought the draw for the round of 16 had pitted Messi against Ronaldo. But UEFA was forced to redo the entire thing because the errors which occurred during the procedure rendered the results inherently flawed and unfair.

The European governing body issued a statement to explain what had happened and to declare the initial draw “void”.

Instead of PSG, United will now play Atletico Madrid, while PSG take on Real Madrid.

Interestingly, while most ties changed, Chelsea’s didn’t, as they were drawn against Lille on both occasions.

5. SPORTSWASH: Former England and Real Madrid midfielder, David Beckham faced criticism from human rights campaigners for reportedly signing a $277m deal with Qatar, a nation accused of human rights abuses, to serve as an ambassador for the 2022 FIFA World Cup.

A US Department of State report on human rights practices in Qatar found that there are significant restrictions on free expression, reports of deep discrimination and forced labor against women.

Beckham is expected to earn close to $21m per year over the next decade in the role and will promote culture and tourism in the Middle Eastern nation.

The Sun quoted a source from the Beckham camp who claimed that the former England captain’s involvement “can effect significant positive change”.

So Beckham may be helping Qatar sportswash their bad deeds, but who is going to sportswash him afterward?

Beckham is worth $450 million, according to Celebrity Net Worth.

The former Real Madrid star is also the co-owner of United States of America’s MLS side, Inter Miami CF.