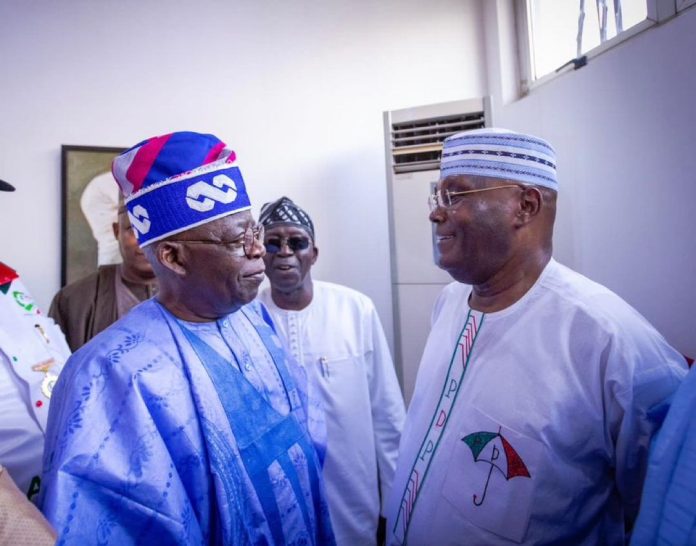 The presidential candidate of the Peoples Democratic Party, PDP, Atiku Abubakar has mocked his All Progressives Congress, APC, counterpart, Bola Tinubu, over President Muhammadu Buhari’s absence at his campaign rallies.

Atiku said Buhari’s absence from APC presidential campaign rallies was an indication that he lacked confidence in Tinubu’s ability to win next month’s election.

He made the remark while reacting to Tinubu’s claim that he lacked the integrity to rule Nigeria.

Atiku spoke through the spokesman of the Atiku/Okowa Presidential Campaign Organisation, Kola Ologbondiyan.

In a statement by Ologbondiyan, Atiku said Tinubu is talking about integrity when there are several graft allegations against him.

“Is it not an absurdity that a presidential candidate that is beleaguered by several allegations bordering on corruption, perjury, [and] identity theft could muster the courage to address any gathering whatsoever on the issue of Integrity?

“The Atiku/Okowa campaign says the continuous absence of President Buhari at the APC presidential campaigns showcases a concern by Mr President that Tinubu will lose a free, fair and credible poll at the February 25 presidential election,” the statement reads partly.