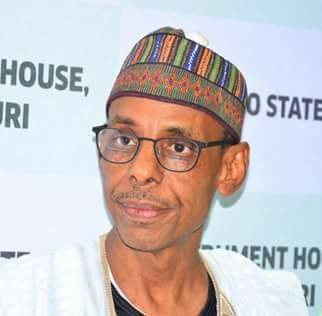 The National Publicity Secretary of the influential Northern Elders Forum (NEF),Dr.Hakeem Baba-Ahmed has branded proponents of a southern president in 2023 as lazy politicians who are looking for a shortcut to power.

Baba-Ahmed says while there is nothing wrong in having a southerner as Nigeria’s leader in 2023, those seeking the office and their supporters should launch into ” the hard work of persuading Northerners ” and other Nigerians to vote for them.

Such aspirants, he says, should assure voters that when they eventually get into office they will not become ” southern or northern president, but a Nigerian president.”

“We don’t want another tribal or regional president,” he told The Nation in an interview in Kaduna.

In his view Nigeria’s real challenge is having a “political leadership that is completely undeserving to be leading this country,” and not rotational presidency.

According to the former Secretary of the Independent National Electoral Commission (INEC), voters should be allowed to decide who rules them.

“Power does not return or go anywhere, power is determined by voters; this is why we have a democratic process, we are a democratic country,” he said in response to a question on the recent call by Southern governors that the presidency should return to the south after President Muhammadu Buhari’s tenure in 2023.

He adds: ” Voters should decide who they want to vote for.

“Then, we voted a northern president in 2015. In all these times, it was the power of the voters that determined who becomes the President.Votes don’t carry regional connotation.

“The democratic process says Nigerians should exercise right, that every Nigerian above the age of 18 is qualified to vote for who they want to be president, that is it. You cannot arm-twist that provision.”

Continuing,he says: If we have five parties and one of the parties fields a northern candidate and the northern candidate scores the highest votes, he becomes the President. You cannot force a voter to choose a candidate that is not his choice, just because the candidate comes from a particular region of the country.

“You cannot tie up northern voters completely and totally and say he must not vote for any party that fields a northerner for the position of the president. You need to persuade people, you need to do the hard work of politics.

“But, you cannot do it by threat, intimidation and blackmail. If you keep pushing this rhetoric that it must be southern president or we will leave this country or the heavens will fall, then northern voters will say, what about my right to choose whoever I want? What do you do with my right? How can you force me to choose a southerner if I have a choice to choose a northerner or southerner?

“That is the point we have been making. You cannot legislate this, it is not in the law.”

Baba-Ahmed believes Buhari is largely responsible for the current separatist agitations in the country by the likes of Nnamdi Kanu of the proscribed Indigenous People of Biafra (IPOB) and the Yoruba nation activist,Sunday Igboho.

[BREAKING] UCL: Finally, Messi scores for PSG to make it 2-0 vs Man City

[BREAKING] UCL: Finally, Messi scores for PSG to make it 2-0 vs Man City