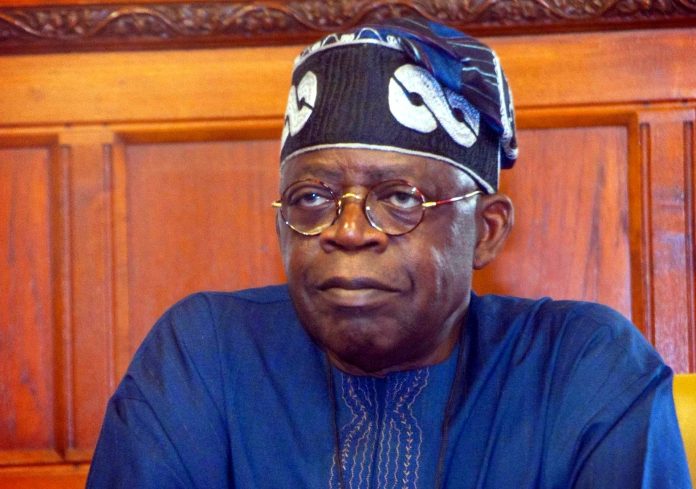 The All Progressives Congress, APC, presidential candidate, Bola Tinubu, has hinted at an ongoing consultation with President Muhammadu Buhari, party governors, the party’s leadership and his running mate, Kabiru Masari.
Tinubu hinted that Masari may step down following the ongoing consultations.
He said Masari may step down in the interest of the party winning the 2023 presidential election.
Speaking through his Media Aide, Tunde Rahman, the APC presidential candidate said if he decides, Masari would step down in accordance with the law.

“There are ongoing consultations involving President Buhari, the party’s governors and the APC leadership with Asíwájú Tinubu and his running mate.
“If following these consultations, the running mate decides for instance that he wants to stand down in the interest of the party and the country, I think it’s only fair and appropriate to allow him to deal with that.
“I think it’s within the prerogative of the running mate to take his own decision and to say for instance that he would like to stand down because he feels doing so will serve the candidate and the party better than he remaining on the ticket,” he told Tribune.
Upon his emergence as APC presidential flag bearer, Tinubu had picked Masari as his running mate.
There are claims that Tinubu only named Masari as a placeholder following the deadline set by the Independent National Electoral Commission, INEC, for the submission of names of running mates.
But, the former Lagos State Governor had submitted Masari’s name to INEC as his running mate.