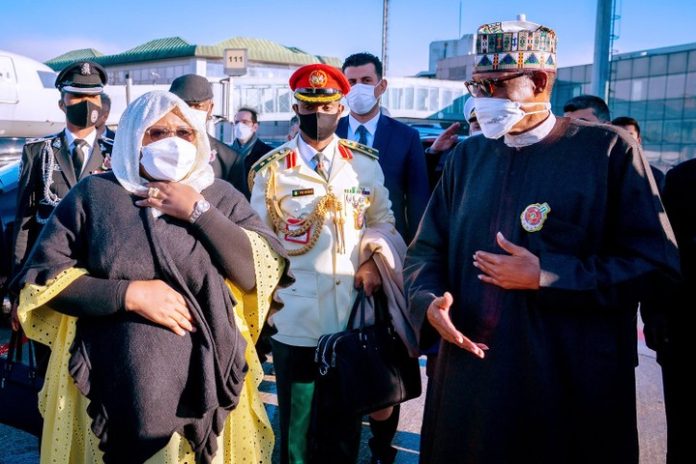 The wife of Nigeria’s President Aisha Buhari has said she’s not pregnant.

Recall that a photo of her bloated stomach surfaced online yesterday leaving many with such conclusion.

Huruna spoke in a chat with BBC Pidgin.

She denied claims about the first lady being pregnant or sick.

“I can assure you 100 percent that our first lady is perfectly okay. She is neither sick nor pregnant as some reports claim. Some of these reports are from mischief makers who don’t mean well. You know, nowadays, people can tamper with photos.”he said.