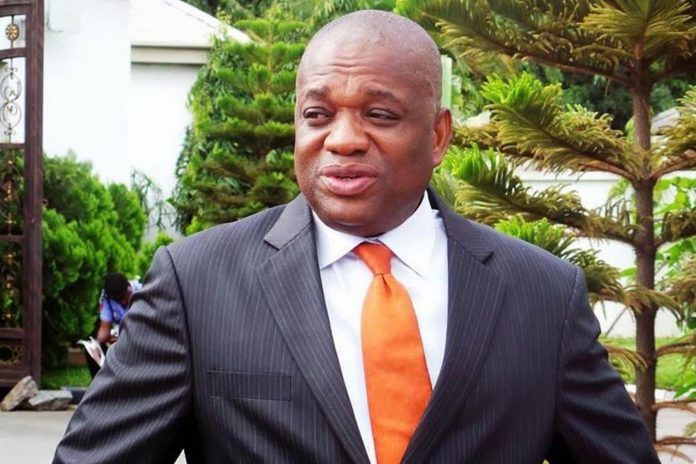 The Federal High Court in Abuja has fixed July 2 for the adoption of all processes filed by parties in a suit by former Abia Governor, Orji Uzor Kalu, seeking to stop his retrial.

The court had in February granted Kalu leave to challenge the legality of the retrial.

At the resumed hearing on Wednesday, counsel to the former governor, Prof. Awa Kalu (SAN) told the court that the respondents had served him their counter-affidavits.

In a short ruling, the judge, Justice Inyang Ekwo, said since all parties had “joined issues”, the court had taken over control of the case.

Ekwo adjourned the matter until July 2 for adoption.

Recall that Kalu, a senator representing Abia North, is seeking an order of court prohibiting the EFCC from retrying him on the same alleged N7.1 billion money laundering charge against him.

He contended that having been tried once by EFCC, convicted and sentenced in the same charge, FHC/ABJ/CR/56/ 2007, it would amount to double jeopardy for him to be subjected to a fresh trial on the same charge.

The former governor had also applied for an order prohibiting the EFCC from retrying, harassing and intimidating him with respect to the said charge or any other charge based on the same facts as he need not suffer double jeopardy.

Recall that Kalu was earlier found guilty and handed a 12-year jail term by the Lagos Division of the court.

The trial court convicted the former governor alongside his firm, Slok Nigeria Limited and a former Director of Finance in Abia State, Jones Udeogu, for alleged N7.1 billion fraud from the state treasury.