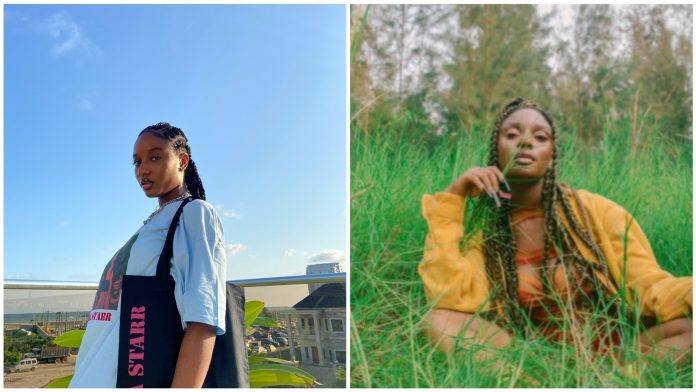 Oyinkansola Sarah Aderibigbe known professionally as Ayra Starr has been a new talk in the music industry since she rose to stardom in 2020.

Ayra Starr, a young Nigerian singer, songwriter and model was born on 14 June 2002 in Cotonou, Bénin and grew up there and in Lagos, Nigeria.

She was born to Nigerian parents from Kwara and has one sibling, brother Dami Aderibigbe. Her family moved frequently during her high school years because of her father’s business, and as a result she had a hard time forming close friends

Having been raised in a music-loving family, her interest in singing comes mostly from her family. At the age of 10, she sang in a high school choir and began writing songs with her brother.

She attended Les Cours Sonou University and received a BA degree in international relations and political science. During her college years, she was often bullied by her classmates because of her age and appearance. To counter the feelings she experienced from being taunted,