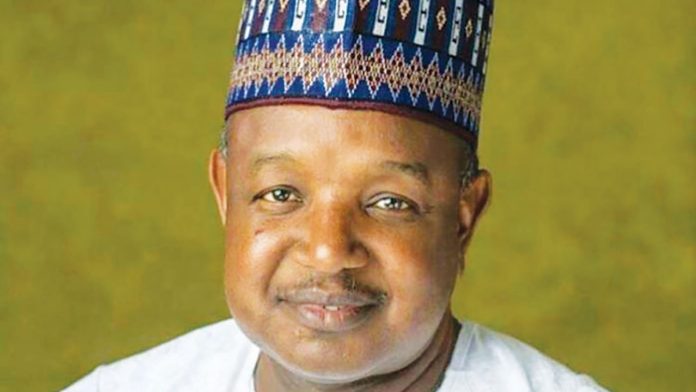 The Governor of Kebbi State, Abubakar Bagudu, on Thursday said that any organised group who bear arms and terrorise people should be declared terrorists.
The Governor said this while responding to a question on if the Federal Government should declare bandits, terrorists.
Bagudu spoke on a programme on Channels television observed by our correspondent.
He said, “I believe whoever in an organised manner is holding arms and terrorising people should be declared terrorists.”
On the security crisis in Benue, he said that while the situation is regrettable, it can not be attributed to herder-farmer crisis alone as the state is known for its inter-communal conflicts.
“It is regrettable and condemnable that we have any killer herdsmen and we must mobilize as a populace to confront this evil.

“Governor Ortom is mis-characterising the challenge. People who are conversant with Benue State know that there are a number of challenges that have been affecting Benue State.
“For instance, there are inter-communal conflicts in the state leading to the death of people. There are conflicts between the Jukus and Tivs, Agwatus and Nassarawa Egun and then there is the herder-farmer clashes.
“So, to simplify all these historical conflicts that are affecting Benue State is missing the issue.
When asked what region his party, the All Progressive Congress, would choose its presidential candidate for 2023, Bagudu replied, “The APC will work hard to ensure that we produce a presidential candidate that will continue with President (Muhammadu) Buhari’s ideals that would be supported by Nigerians.”