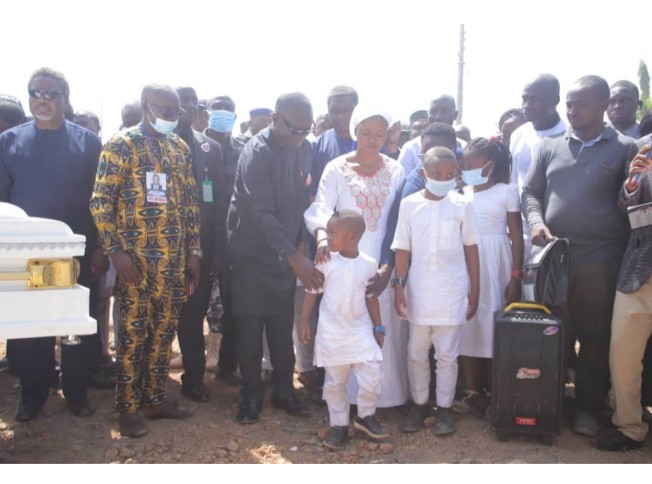 The Benue State Government has offered scholarships to children of the late Commissioner for Health and Human Services in the state, Dr. Saleh Emmanuel Ikwulono, up to university level.

Governor Samuel Ortom who announced this on Friday in Obagaji, Agatu Local Government Area at the funeral of the deceased, said the late commissioner’s children deserved academic support.

The Governor stated that Dr Ikwulono was a brilliant man who became a medical consultant at a relatively young age and had an instant impact as a member of the State Executive Council.

House of Representatives member for Agatu, Hon. Godday Samuel in a funeral oration said the deceased was one of the very best who struggled against all odds to attain greatness, saying he was intelligent and humble.

Chairman Central Planning Committee for the burial and Secretary to the State Government, Professor Anthony Ijohor, SAN, said heading the burial committee was one of the most difficult assignments he had ever handled, saying the young Ikwulono came into the State Executive Council full of hope and commitment to serve.

The Deputy Governor, Engineer Benson Abounu also described the death of Dr. Ikwulono as devastating and touching, saying the deceased was intelligent, committed and ready to learn fast.

Speaking also, Speaker of the Benue State House of Assembly, Rt. Hon. Titus Uba said the deceased left for medical attention with expectations from his family and colleagues that he would return hale and hearty, describing the death as quite painful.