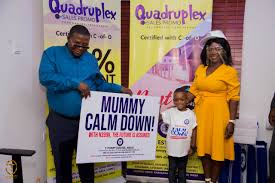 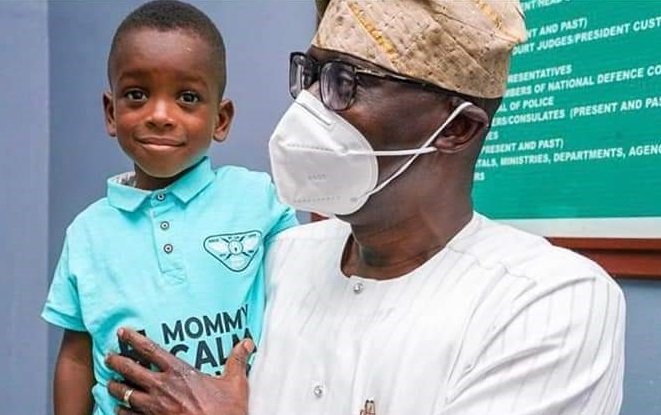 Oreofeoluwa Babalola, the four-year-old boy whose video went viral after telling his mother to calm down when she was about to beat him, has been given a multi-million naira endorsement deal in Abuja.

According to a Facebook posting, the contract was signed on Saturday, August 22, at the company’s headquarters.

Speaking on the occasion, the MD/CEO of T Pumpy Concept Limited, Akintayo Adaralegbe, said he was moved by the boy’s courage and boldness during the conversation with his mum in the viral video, describing his action as smart, intelligent and resilient.

He said, “While many people only watched and laughed over the 3-minute-18 second footage, I learnt a lot from it. He is courageous, bold and innovative. It reminds us that as a people, no matter the situation, we should learn to calm down.

“We decided to bring him on board because of his courage, tenacity and power to negotiate, which are some of the things that T Pumpy Concept Limited stands for.”

Speaking after signing the contract on behalf of her son, his mother, Mrs Lawal Babalola, thanked the company for reaching out to the son.

According to the mum, if Oreofeoluwa is not in school, he will be playing football or riding his bicycle. Oreofeoluwa’s mother said their lives have changed since the video went viral, adding that she has met people she never thought she could meet or talk to.

When asked to comment on his new endorsement, Oreofeoluwa said, “Before you buy land in Abuja, calm down and come to T Pumpy Estate, the developer that cares and your future is ensured.”

Recall that Lagos State Governor Babajide Sanwo-Olu had requested to meet with the boy when the video went viral as he borrowed the words of the boy asking Lagosians to calm down as they celebrated the Sallah holiday.

The governor had since met with the boy and his parents.

First photos and videos from the church wedding of Gospel artiste, Mercy Chinwo and Pastor Blessed