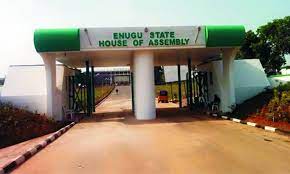 Passing the Bill into law on Thursday, the Speaker, Edward Ubosi, said the bill was not targeted at any group or individuals but for the peace and security of residents of Enugu State.

The House had earlier conducted a public hearing on the bill, which was applauded by stakeholders in attendance.

Although, the leadership of the Northern Community in Enugu State had said during the hearing that they would support any law that will bring peace and security in the state, they urged the House to give them 30 days to articulate their position on the bill and submit to the House.

The South East zonal Chairman of Miyetti Allah Cattle Breeders Association of Nigeria, Alhaji Gidado Siddiki, who made the submission of the Northern Community in Enugu, had said, “I plead for a period of one month to enable us come out with a position that will truly carry our disposition with due consideration to the good of Enugu State and Nigeria.”

The Speaker  commended the members for working tirelessly to ensure that the bill was passed today.

“This bill is for the unity, security and peaceful coexistence among residents of Enugu State. It is not targeted on any group or individual,” he said.