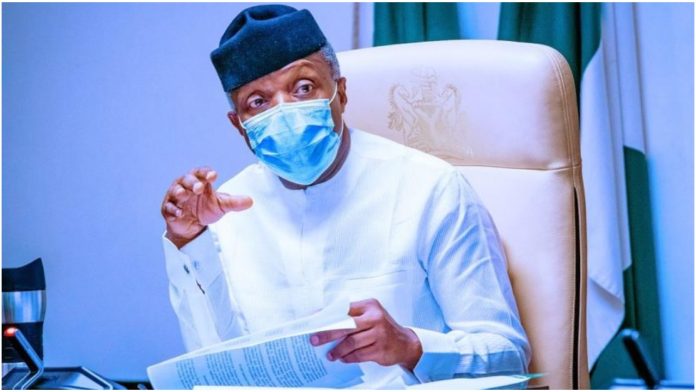 Sources close to the office of the Vice President hinted that Professor Osinbajo would be using the occasion to consult with the governors of the All Progressives Congress (APC) on his presidential ambition.

As at 6:45pm, not less than six governors, including the Kaduna State governor, Mallam Nasir El-Rufa’i, and his Ogun State counterpart, Dapo Abiodun, were already within the premises.

Other APC governors seen being driven in before the 7pm scheduled time for the gathering included Hope Uzodinma of Imo; Babajide Sanwo-Olu of Lagos and Gboyega Oyetola of Osun.

The meeting, which seemed exclusive to only the invited governors and some of their aides, did not admit journalists in the premises of the Vice President’s residence.

Atiku reacts as Tanko resigns as Chief Justice of Nigeria