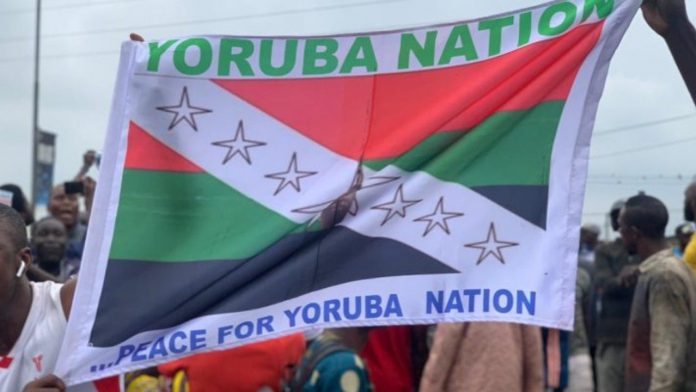 One person has been confirmed dead by police stray bullet at the Yoruba nation rally, Ojota, Lagos, Vanguard reports.

The protest, which started with singing and chanting, got rowdy as members of the police force engage in sporadic gunshots and teargas shots.

The lifeless body of the unknown girl was crowded by sympathisers at the scene.

“She didn’t go outside. It was straw bullet from the protest that killed her”, some persons in the video said in vernacular.

Yoruba Nation protesters had taken to the streets of Gani Fawehinmi Freedom Park, Ojota, Lagos, where the rally was scheduled to hold.

Although there was heavy security presence at the venue, the State Police Commissioner, Hakeem Odumosu, had said Nigerians have the right to peaceful protests, and they would ensure that the protest was not hijacked by hoodlums.

However, reports of security operatives dispersing crowds with teargas and water had already begun making rounds on social media.