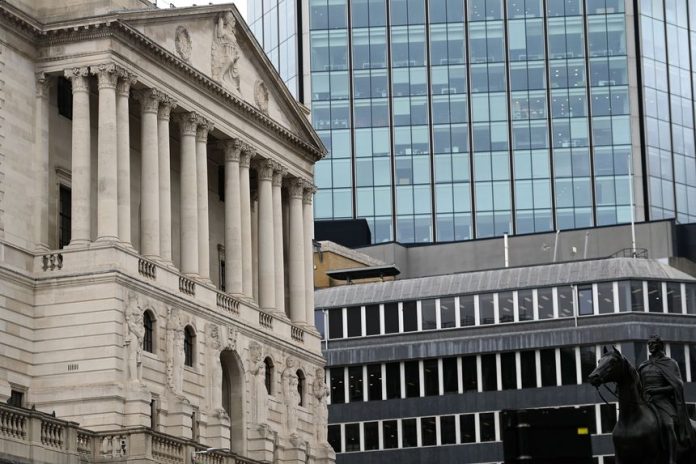 The Bank of England has warned that the UK economy will enter recession later this year.
The Bank has cut its growth forecasts and now sees the economy falling into recession from the October-December quarter.
In a grim warning about the economic outlook, it says:
“GDP growth in the United Kingdom is slowing.

“The latest rise in gas prices has led to another significant deterioration in the outlook for activity in the United Kingdom and the rest of Europe. The United Kingdom is now projected to enter recession from the fourth quarter of this year.
“Real household post-tax income is projected to fall sharply in 2022 and 2023, while consumption growth turns negative.”