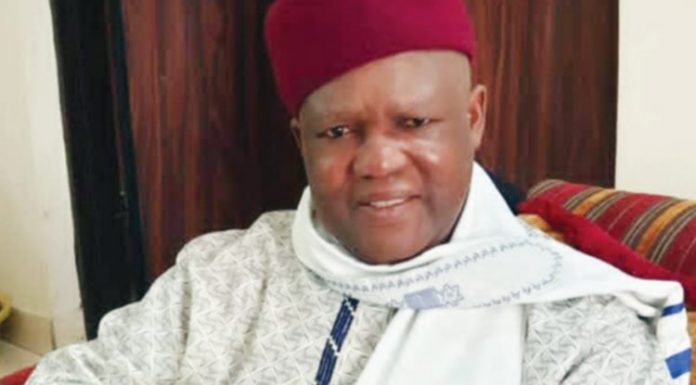 A former Deputy Governor of the Central Bank of Nigeria, Dr Obadiah Mailafia, has said that President Muhammadu Buhari failed woefully in managing the economy, in managing the security challenges of the country as well as in his anti-graft fight.

Mailafia disclosed this with The Punch Newspaper on Friday.

The Presidential candidate of the African Democratic Congress in the last election also said the President failed in leadership and his foreign objectives policy.

He, however, gave the Buhari regime a pass mark in infrastructure because of some road projects the government has completed and are constructing.

But according to Mailafia, who said he has nothing personal with Buhari, “If you have F9 in seven subjects, I don’t think any tertiary institution or college of education can take you.”

Buhari of the All Progressives Congress was sworn in as Nigeria’s President in May 2015 after he defeated ex-President Goodluck Jonathan of the Peoples Democratic Party in the 2015 general elections.

“This is a problem I am asking God to help me understand: Why is it that each time Buhari comes, that is when the economy collapses? Immediately he took over in December 31st, 1983, the economy collapsed right in his face. He took over again in 2015, in fact as he was being sworn in, the economy was collapsing again. So, what is it about this man that things always collapse when he turns out? Is it some kind of black mark or what? Why is it like that?” the CBN ex-director asked.

The former presidential candidate said, “Since they took over, we have had negative growth and the only time Nigeria experienced negative growth was 1968 during the peak of the civil war under Gowon but after 1970, the economy shot up, incredible expansion.”

When asked to score the performance of the President in the last six years, Mailafia said, “If you mention economy, I give them F9. In fact, it is a shock and a mystery how the economy has not collapsed totally because of the indomitable resilience of the Nigerian people, that is the only reason, Nigerians are very hardworking, they don’t even want handouts; they want an opportunity and a level-playing field.”

“F9 for economy, F9 for corruption because this is the most corrupt government ever…security F9, we’ve had the worst nightmare ever in our country under this government – Nigeria is the world capital of kidnapping, Nigeria has become a failed state, Nigeria has become one of the world epicentres of terrorism. F9 for public morals, F9 for leadership, F9 for foreign policy.

“I can give them a pass mark in some road constructions and projects. They completed the railways that were started by Goodluck Jonathan. I can see some roads they are building. I give them a pass, P5 for that.

“If you have F9 in seven subjects and you have P5 in one, I don’t think any tertiary institution or college of education can take you.”

Mailafia also flayed the Buhari regime for borrowing to build a railway to Niger Republic, saying “it is treason and a betrayal of the country”.