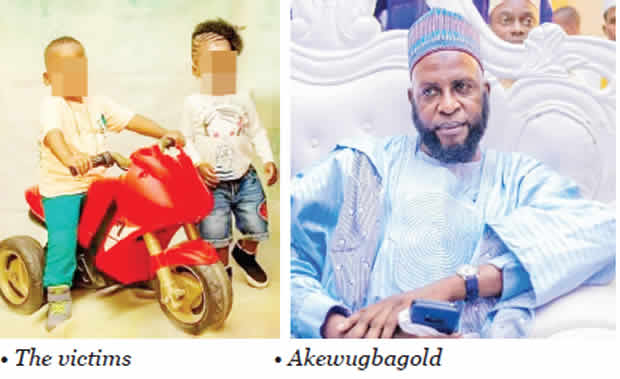 A High Court in Ibadan on Wednesday ordered the release of six defendants who allegedly kidnapped the twins of a popular Islamic preacher, Sheikh Taofeek Akewugbagold.

This was after the suspects had spent 11 months in a Correctional facility.

The defendants, among whom are two close employees of Akewugbagold’s, allegedly kidnapped the twins, aged two years and four months, at their residence in Ojoo area, Ibadan, on April 17, 2020.

Akewugbagold, a principal star witness in the suit, had informed the court on Monday that he had forgiven the defendants and not willing to give evidence against them.

The preacher further urged the court to mandate the defendants to sign an undertaking that nothing would happen to him and his family.

Delivery his ruling on Wednesday, Justice Mashud Abas said that there are provisions in Nigerian laws that if applied would compel Akewugbagold to give evidence in the suit.

Abas said Akewugbagold did what he did based on his vast knowledge in Islamic laws that sometimes ordered compensation to be paid to the victim’s family by a murder suspect.

Abas, however, said applying the provisions in the Nigeria law in this particular matter might not lead to anywhere due to the fact that the star witness had decided not to give evidence against the defendants.

“No legal purpose will be served by any attempt to waste judicial time in further prosecuting the defendants.

READ ALSO: Count me out of attack against Alake – Sunday Igboho

“I hereby strike out the suit and order conditional release of the defendants.

“I will not sign their release until the condition is adhered to,” Abas said.

He ordered that the defendants signed an undertaking that nothing would happen to Akewugbagold and his family.

Abas called on parents to always monitor the activities of their wards and the type of peer groups they moved with.

NAN reports that the freed defendants were remanded in Correctional facility since April 25, 2020, without bail.