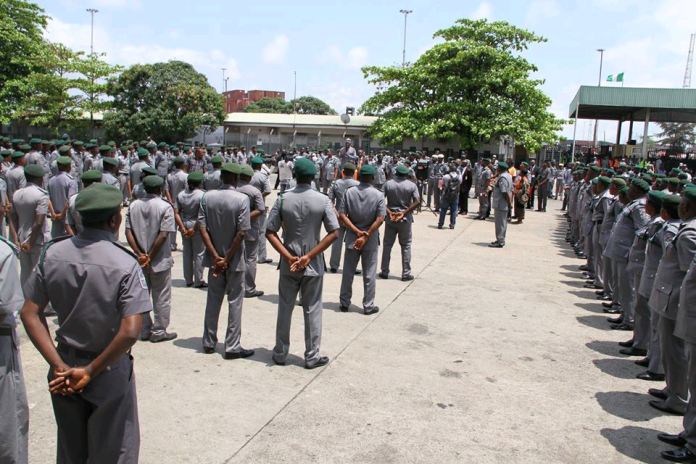 As part of its non-kinetic efforts to stem the spate of smuggling in Ogun border communities, the Nigeria Customs Service (NCS), Ogun 1 Area Command has set up a football team.

The Area Controller, Bamidele Makinde, disclosed this at the command’s headquarters, saying players of the Customs FC were drawn from the various border communities across the state and Benin Republic.

According to him, the Customs FC, which has been in existence for decades, was promoted from the Nigeria Nationwide League Division 3 to Division 2 on July 19, 2022.

The customs boss explained that through the football team, the command would tame smuggling activities among the youths, adding that international soccer stars would also be discovered.

“Aside from the proactive operations in checking illicit trade in Idiroko Border, the Command also engages in non-kinetic activities whose objective is to make the area conducive for economic activities to thrive.

“Currently, the Command’s football club (known as Customs FC) which has been in existence for decades was promoted from the Nigeria Nationwide league, division three (3) to division two (2) on 19th July 2022.

“Presently, youths from the various border communities across the state constitute a majority of its players (about 18 of them).

Makinde said one of the team’s coaches, Fatai Biliyu “is currently undergoing training at the National Institute for Sports, Surulere, Lagos State for a one-year advanced coaching course, being sponsored by Nigeria Customs Service.”

He added that “One of the advantages derivable from the football club is to keep the youth (native players from the border communities) engaged so that they may stay away from illicit and criminal activities while ensuring that they earn a living.

“I wish to add that, the mission and vision of the Command are to groom international players of repute and enviable status which will consequently, be a glory for their respective communities.”