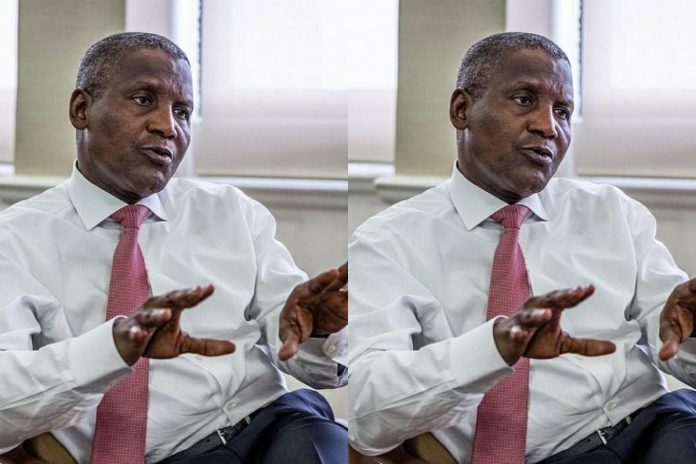 Africa’s richest man Aliko Dangote has been accused of being the biggest problem in Nigeria because of the rate at which he’s selling his cement.

According to a man who called him out on social media, Dangote’s cement is sold for N1,150 in Zambia but then in his own country Nigeria he’s selling a bag of cement for N3,000 to N5,000.

The man who seems not to understand why a bag of cement is so expensive in Nigeria but then very cheap in Zambia where it is rather exported to accused him of being the biggest problem in Nigeria because he’s not helping.

According to some people, the northern leaders have made Aliko Dangote a monopoly and only price his goods to his advantage preventing others who have the same goods from competing with him in the market because of his connections.