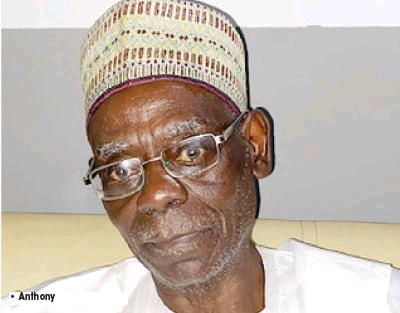 Sani said “we have reacted to the advice by the Attorney General and Minister of Justice which seemed to have informed President Buhari’s letter to the National Assembly on why he withheld assent to the Electoral Amendment Bill of 2021.

The Arewa Consultative Forum chieftain, who said he was speaking on behalf of his supporters and many Nigerians asserted that “We had said the reasons given in the letter dwelled more on fears than in real advantages of direct primary in the enhancement of internal democracy in our political parties. So, by saying the amendment as presented would bring about crisis does not make it so, considering the direct primary which produced President Buhari in 2019 did not bring about any crisis”.

Sani further countered the recent statement made by the minister of Justice, Abubakar Malami when he stated that “We had said the reasons given in the letter dwelled more on fears than in real advantages of direct primary in the enhancement of internal democracy in our political parties.”

For Sani, the president’s refusal to assent to the Electoral Bill gives an impression that the APC has no position on the important issues of national concern, which portends that the Executive and the legislature, which are controlled by the ruling party are at loggerheads. He advised that the Presidency and the APC legislatures “go back to the drawing board” in other to present a common mandate on electoral reforms for the prosperity of multiparty democracy.

“The president’s letter to the National Assembly has also ignored the important advantages of direct primary which includes improvement of internal democracy of the political parties by doing away with power and abuse of incumbency of governors and money bags who deploy their powers and hijack delegates during the indirect primary. Rather, the president’s letter has dwelled so much on fear to the chagrin of advantages of direct primary.”