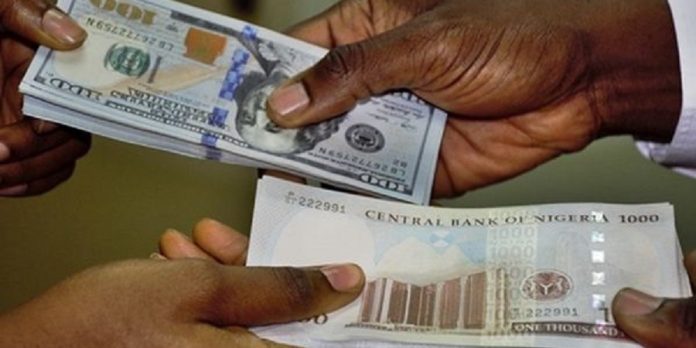 Monday, 23rd May: This is the news about the Dollar to Naira rate at the official and black market exchange rate.

Frank Talk Now reports that the dollar to naira exchange rate has maintained an average of N416.69 to a dollar since the beginning of the new year.

How much is a dollar to naira today in the black market?

The exchange rate for a dollar to naira at Lagos Parallel Market (Black Market) players buy a dollar for N570 and sell at N603 on Monday, May 23rd 2022, according to sources at Bureau De Change (BDC).

Please note that the Central Bank of Nigeria (CBN) does not recognize the parallel market (black market), as it has directed individuals who want to engage in Forex to approach their respective banks.

A spot exchange rate is the current price level in the market to directly exchange one currency for another, for delivery on the earliest possible value date.

The managing director of the Ogun-Osun River Basin Development Authority (OORBDA), Olufemi Odumosu, has been summoned by the House of Representatives for disposing government assets at ridiculous amounts.

Frank Talk Now  understands that the House Committee on Public Accounts has earlier grilled the Minister of Water Resources and the Permanent Secretary of the ministry over the development, describing as paltry the price at which the government properties were disposed of.

It was reported that OORBDA had sold government equipment machinery and other valuable properties valued at over N2bn at a paltry sum of N13.618m.