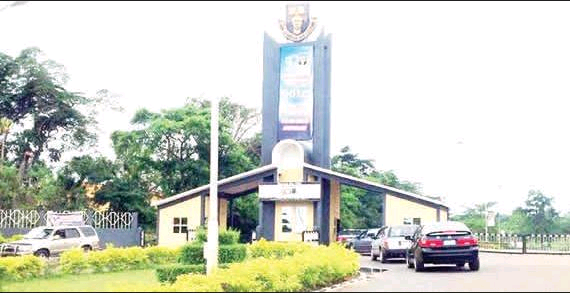 The many students of the prestigious Obafemi Awolowo University, Ile-Ife, on Saturday blocked major entry and exit roads to the campus of the institution, in protest of the closure of the school by the management.

The management of the university had announced an indefinite closure of the institution, after the students barricaded Ife/Ibadan and Ife/Ede expressways in protest, claiming that negligence of the personnel at the health centre of the university led to the death of one Aishat Adesina, a 400-level student in the Department of Foreign Languages.

The management also gave the students until 12pm Saturday to vacate their halls of residence and put on hold the swearing-in of the newly elected students’ union officials.

Investigations by the SUNDAY PUNCH revealed that while majority of the students vacated their halls of residence as ordered by the management, some later regrouped on campus and barricaded strategic exit and entrance roads to the institution.

The Vice President-elect of Great Ife Students Union, Salvation Aworanti, confirmed to our correspondent that students had barricaded major roads on the campus in continuation of their protest.

She said, “Students are refusing to leave. They are saying the management should reopen the school with immediate effect.

But when contacted, the OAU Public Relations Officer, Abiodun Olanrewaju, said many students had left their halls of residence in obedience to the management’s directive, adding that no road was barricaded on the campus of the university.

He said, “I just left the campus. As of the time I left the campus, there was no blockage and many students have left the halls of residence as directed by the management. They complied with the management’s directive. If any road was blocked, probably not up to 20 students did that. I am presently on Road One and vehicles are going in and coming out of thecampus, no blockage.”