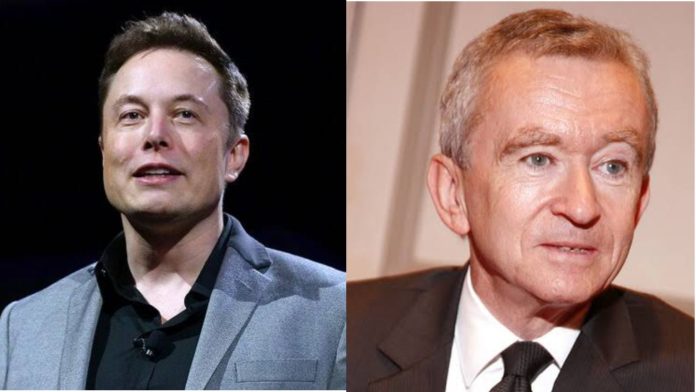 Tesla boss and Twitter owner, Elon Musk, on Wednesday, lost the world’s richest title to Bernard Arnault after a steep drop in the value of his stake in the electric-car maker and a $44 billion bet on the social media firm.

Tesla’s shares fell about 4 per cent in morning trading on Wednesday, 7th of December 2022.

This is coming months after Musk sold Tesla stocks to fund the $44 billion purchase of Twitter.

According to Forbes, Bernard Arnault, who is the founder of the world’s largest luxury goods company, LVMH Moët Hennessy – Louis Vuitton SE, took the ‘world richest’ title with a personal wealth of $185.4 billion.

Elon Musk took over the World’s Richest title from Jeff Bezos, the founder of Amazon.com, in 2021, with a net worth of $185.7 billion.

Tesla lost nearly half of its market value, and Musk’s net worth has dropped by about $70 billion since he bid for Twitter in April.