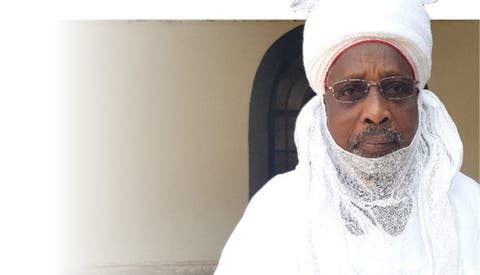 Africa’s leading environment newspaper, NatureNews, has named the Emir of Dutse and Chancellor of Sokoto State University, Alhaji (Dr.) Nuhu Muhammad Sanusi, as chairman of its advisory board.

The board, which was inaugurated on Tuesday, has eight other members including the renowned environmental activist and laureate of the Thoroft Rafto Memorial prize, Architect Nnimmo Bassey, and the consummate conservationist and Environmental Hero awardee of DW German TV network, Mr. Desmond Majekodunmi.

A statement signed by Publisher/CEO of NatureNews, Aliu Akoshile, said six members of the advisory board that were drawn from across Africa include Professor Mark Mwandosya, Chairman of Stanbic Bank of Tanzania who was a three-time Minister and head of the Climate Change Studies Programme in Tanzania as well as a member of the Steering Committee of the United Nations Environment Programme (UNEP) International Resource Panel.

He said the board also has as member a former Special Representative of the UN Secretary General/Head of the UN Regional Office for Central Africa and a three-time Minister and presidential candidate of the Labour Party in Senegal, Professor Abdoulaye Bathily, as well as the Kenyan environmental activist and founder, Friends of Lake Turkana, a UNESCO heritage site in the East African Rift Valley, Ms. Ikal Angelei.

Akoshile said other board members are distinguished Professor Salah Arafa, a member of the Egyptian National Committee on Climate Change and member of the Research Council on Environment and Development at the Egyptian Academy for Scientific Research and Technology; and Ms. Hawe Hamman Bouba, Executive President of the African Indigenous Women’s Organisation – Central Africa Network and member of the Cameroon Human Rights Commission.

Another esteemed board member, according to NatureNews publisher, is the Harvard trained Dr. Namane Magau who was on the executive team of the South African Broadcasting Corporation (SABC). She was a Divisional Director at the Development Bank of South Africa and served as Executive Vice President of the South African Council for Scientific and Industrial Research.

While inaugurating the Advisory Board, Akoshile said the choice of the members was to underscore the publisher’s vision of making NatureNews the authentic African voice on climate change and Sustainable Development Goals (SGD).

The Central Bank of Nigeria has stopped the sales of forex to the Bureau De Change operators in the country with immediate effect. The CBN...
Read more
General and News updates

Former President Goodluck Jonathan has established and inaugurated a sports club known as the “GEJ Sports Club” which he noted is intended to groom...
Read more