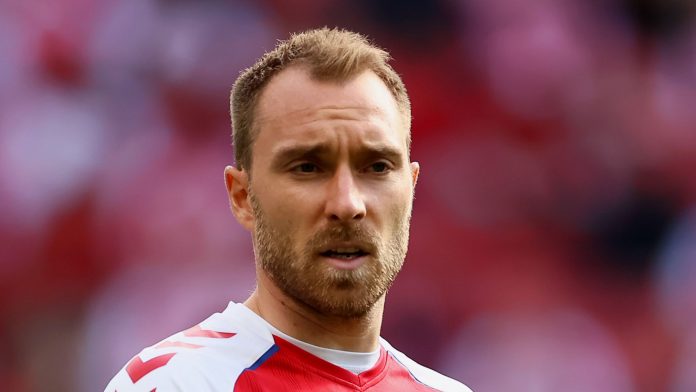 Jens Kleinfeld, a German emergency doctor who dashed to the pitch to help Danish footballer Christian Eriksen, has revealed the first words that the midfielder said after regaining consciousness.

Recall that on Saturday, Eriksen had collapsed on the pitch in a European Championship game between Finland and Denmark. It turned out to be a graze with death for the inter-milan forward as he had just suffered cardiac arrest and was ‘gone’ for a few minutes, according to medics.

“Speed is of the essence. It took two or three minutes for Eriksen to get the electric shock. That meant his chance of survival was very high,” he said.

Shortly after receiving the Eriksen regained consciousness, Kleinfeld tried to ascertain his level of cognitive function by asking him, ‘Are you back again?’

“He said: ‘Yes, I am here.’ And then he said: ‘Oh shit, I’ve only just turned 29 years old.’ I told him that everything was now OK and he was not in danger any more. He understood everything immediately and straight away put his arm on his chest,” Kleinfield recounted.

Kleinfeld said he had been watching the Denmark versus Finland match from the stands in Copenhagen only by chance, having earlier completed a training session with the sideline medical team which happened to include schooling in emergency first aid.

Popular Nollywood actress, Rachael Oniga, is dead. According to available report, Oniga, 64, reportedly slumped and died late on Friday evening. Though the details of her...
Read more
Edu-News

Leader of a gang of bandits, Dogo Najaballah has been killed in Dungun Muazu forest located in the Sabuwa Local Government Area of Katsina...
Read more