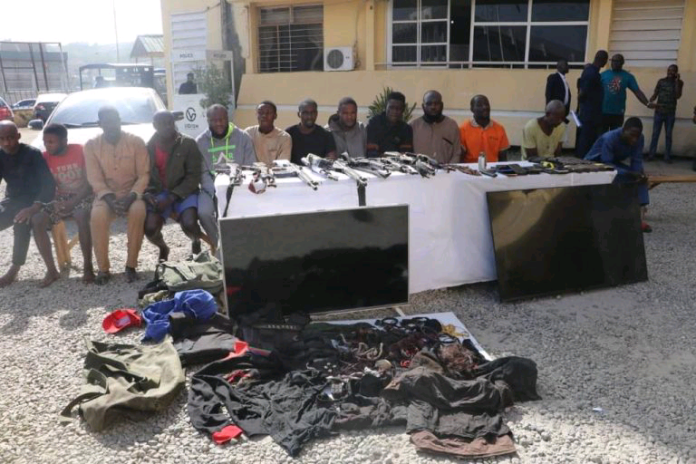 Parading the suspects on Friday, the Commissioner of Police, FCT Command, Sadiq Abubakar, revealed that they were arrested a few kilometres from Abuja at You and You Hotel in the Masaka area of Nasarawa State.

Four other armed robbery suspects were also arrested by the police in the Maitama, Garki, Wuse and Central areas of the FCT.

It was gathered that the suspects were notorious for robbing Point of Sales operators and other unsuspecting residents in possession of money.

Three locally made pistols and 14 rounds of live ammunition, one English pistol, two television sets and pieces of jewellery, as well as twenty mobile phones were recovered from the suspects.

READ ALSO: 10 interesting facts you may not know about late Brazilian legend, Pele

Reports revealed that the FCT Police Command’s anti-kidnapping department also discovered and destroyed a kidnappers’ den on the outskirts of the FCT, during a clearance operation.

Two suspects were arrested during interrogation, who confessed to supplying ammunition to armed robbers and bandits.

900 cartridges of live ammunition and several other items suspected to belong to kidnapped victims were discovered and recovered from them.