FG to sanction institutions that give admissions outside CAPS 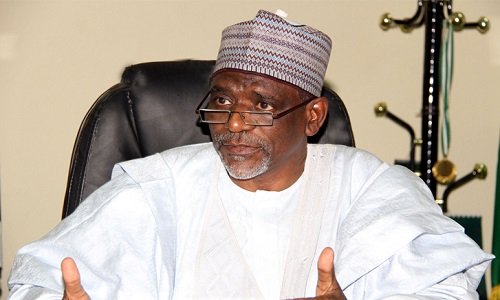 The Minister of Education, Mallam Adamu Adamu on Tuesday, warned tertiary institutions not to give admissions outside the Central Admissions Processing System (CAPS).

Adamu said this in his address at the 2021 Policy Meeting on Admissions to Tertiary Institutions held virtually, at the Joint Admissions and Matriculations Board (JAMB) headquarters in Bwari, Abuja.

The minister, who was represented by the Permanent Secretary, Mr Sonny Echono, said the any institution that violated the directive would be sanctioned

He said that the warning became necessary to safeguard the integrity of admissions process.

Adamu, therefore, mandated institutions to give admissions only through CAPS.

“It is saddening that in spite of the clear directives at previous policy meetings, some institutions still illegally admitted candidates outside CAPS.

“I consider such acts as a direct affront on the system and appropriate sanctions shall be applied on those found to have been involved in such disruptive acts,” he said.

According to him, similarly, any institution that issued admissions letters to candidates outside CAPS will be punished for the gross indiscipline and fraud.

“As a demonstration of our resolve, I have directed JAMB to bring forward for appropriate sanctions, the list of all institutions involved in the violation of the directive of government earlier conveyed.

“The ministry is very resolute that Heads of such institutions will be held responsible, either in or out of office.

“The consequence of the illicit act was grievous enough to subject candidates to a “gloomy future”, hence making it impossible for them to take full advantage of their acquired certificates,” he said.

Adamu said that he had approved for wide sensitisation to alert and warn candidates of the danger of accepting unauthorized admissions without prompt report of such offer to the appropriate bodies.

He urged stakeholders at the meeting to adhere to the guidelines as the ministry, he added, would continue to monitor against any form of infraction.

Adamu also said that the introduction of the use of the National Identity Number (NIN) for the registration of the Unified Tertiary Matriculation Examination (UTME) and Direct Entry had helped curb malpractice.

In his presentation, the Registrar of JAMB, Prof. Ishaq Oloyede, said that one of the objectives of the meeting was to set guidelines for admissions into all tertiary institutions in the country.

The guidelines, he noted, would be adopted and must be adhered to by all Heads of institutions, as failure to do so, would attract consequences.

One of such, Oloyede said, was the use of CAPS for all admission process, which he stated, was paramount at all levels.

He also noted that all benchmark proposed to the board by the various tertiary institutions would be approved as the minimum cut-off mark for the 2021/22 admissions.

He, however, noted that all schools must maintain the marks they proposed once approved and not for any reason, go beyond.

Oloyede, who earlier announced that the 2021/22 admissions process should be concluded by Jan. 31 for public schools and March 31 for private schools, however, postponed the dates.

He said that the board, alongside other relevant stakeholders, would review and pick a date for the conclusion of the exercise, following calls for extension by some participants at the meeting.

The registrar also said that the board had resolved that all examination results of candidates uploaded on CAPS would be forwarded alongside other requirements to candidates’ institutions of choice.

This, he said, was to save the candidates the stress of uploading and forwarding same to the institution, as well as ensuring the authenticity of the results or certificates.

He reiterated that no institution was allowed to advertise, announce or publish names of admitted candidates whose names and details were not on CAPS as all processes, he added, must be on the platform.

The guidelines, he explained, was proscribed by the proprietors of all Federal, States and private institutions as well as decisions and directives from the Minister of Education.

Participants at the meeting included Heads of all tertiary institutions across the country, management staff of JAMB as well as other relevant stakeholders in the education sector. (NAN)