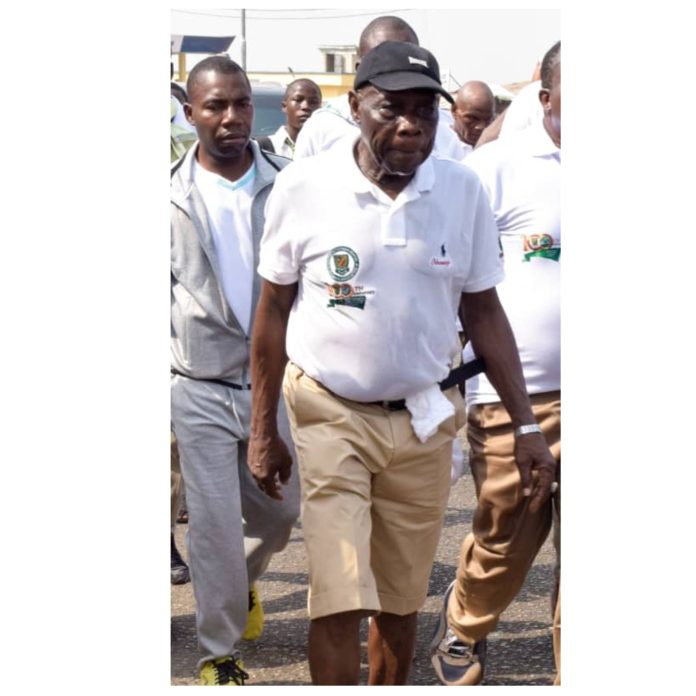 Former Nigeria’s president, Chief Olusegun Obasanjo created a comical scene on Monday when he dressed and acted like the senior prefect of a secondary school when he and other old students of the Baptist Boys High School, BBHS, Abeokuta, Ogun State, embarked on a road walk to commemorate the school’s 100 years of existence.

In a video, the former Nigerian president, dressed in a short, vest, a pair of canvas and a fez cap was seen giving instructions to other old students.

READ ALSO:  5 Things To Keep In Mind When You Feel Like Quitting School

Like a typical senior prefect, Obasanjo acted like he wanted to flog the old students for not maintaining a straight line as the walk progressed.