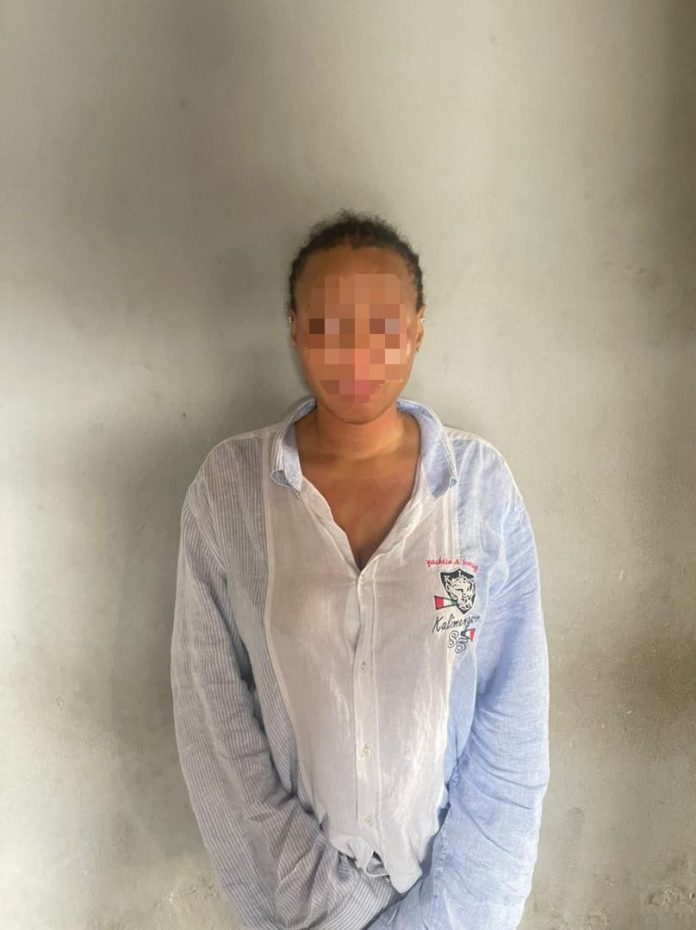 The police in Lagos state have arrested a young lady identified as Esther Paul for allegedly stabbing her boyfriend, Sadiq Owolabi Dahiru, to death.

The incident occurred at Oba Amusa Street Agungi, Lekki in the early hours of Sunday, November 20.

According to police sources, the stepfather of the deceased, Kazeem Obafunso, reported at the Ilasan police station that Esther stabbed his 21-year-old stepson.

Police officers were drafted to the scene where they moved the deceased to the Evercare hospital in Lekki phase 1 where he was confirmed dead by the doctors.

Esther was immediately arrested while the knife she allegedly used to commit the crime, was recovered.

The body of the deceased has been deposited at the IDH Mortuary, Yaba for preservation and autopsy.