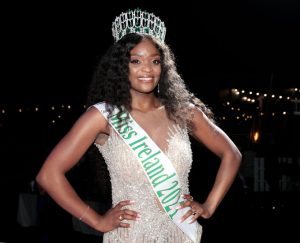 A Black woman has won the title of Miss Ireland for the first time in 70 years.

Pamela Uba, a 26-year-old medical scientist, made history in the country since the pageant began in 1947, according to a report on Wednesday by Black Enterprise magazine.

“It means so much to me,” Uba said. “I am so grateful I can show girls that colour is not something that holds you back and it doesn’t matter where you come from, the world is your oyster,” she told The IrishTimes.

Uba is a part-time model and health care worker. She worked on the frontlines during the pandemic, working at the Galway University Hospital monitoring the inflammatory process in patients who contracted Covid-19.

Uba moved to Ireland as an asylum seeker from Johannesburg, South Africa when she was seven.

“I remember thinking it was strange that I couldn’t hear gunshots when I arrived,” she said.

The eldest of six siblings, she grew up in the direct-provision system and is now a “very proud” Irish citizen. “I cried when I got my Irish passport,” she said.

Though she said she is proud to be Irish, she remains critical about failed systems in place throughout the country and racism. 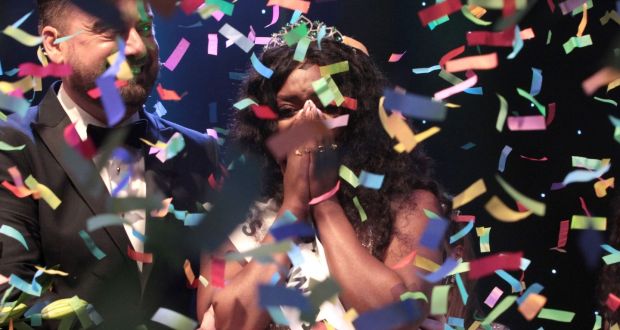 Back in March 2020 when Uba was crowned Miss Galway, she was subjected to racist trolls on social media.

“I’ve experienced racism, and it’s horrible to hear people telling me to go back to my country when I’ve worked so hard to make Ireland my home,” she said.

According to BBC, Black people make up about 1.4 per cent of the Irish population.

Uba completed her medical science degree in Galway and is awaiting the results of her master’s in clinical chemistry from Trinity College Dublin.

In December, Uba will represent Ireland at the 70th Miss World Festival in Puerto Rico.

“I can’t even describe how excited I am to represent my country on such a huge platform. I can’t wait,” she said.

Uba said she hopes to use her Miss Ireland title to represent the diversity of Ireland.