‘I Have Document, Fulani Want to Take Over Nigeria’ – Gov Ortom 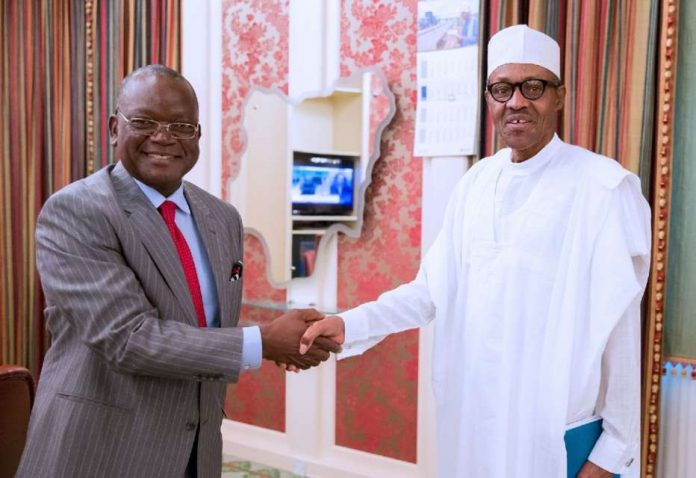 Governor Samuel Ortom of Benue State has revealed that Fulani people are planning to take over Nigeria.

According to him, the agenda of Fulani herdsmen in Nigeria is to conquer the entire nation.

The Governor made this known during an interview with BBC pidgin at the weekend.

He said he has documents to back up his claims.

According to him, the Fulani Nationality Movement who claimed responsibility for a recent attack on him, said that Nigeria is their only country.

He said, “Fulani Nationality Movement, FUNAM were the people who attempted to kill me recently. They said Nigeria is the only country that belongs to them. It is written and I have the document.

“I have sent copy of the document to the president, police, DSS. The FUNAM said they wanted this revolution in 1800 but could not achieve it through Usman Dan Fodio.

“They claimed that they have the power, money and all it takes to achieve it”.

Ortom, who has been in a face-off with the presidency over his criticism of President Muhammadu Buhari’s inability to tackle the security challenges facing the nation, lamented that terrorism is beginning to take over the country like Afghanistan and other warring countries in the world.

“The terrorism that we used to hear in far away countries like Afghanistan Iraq and other warring countries has surfaced in Nigeria.

“And as it is, it seems the presidency is in support of what is happening because it is not saying anything.

“They call the attackers unknown gunmen but for me, I know that they are Fulani people coming to kill us. And the presidency is involved in this agenda.

“The Fulani people have claimed that they want to capture the entire country”, he added.