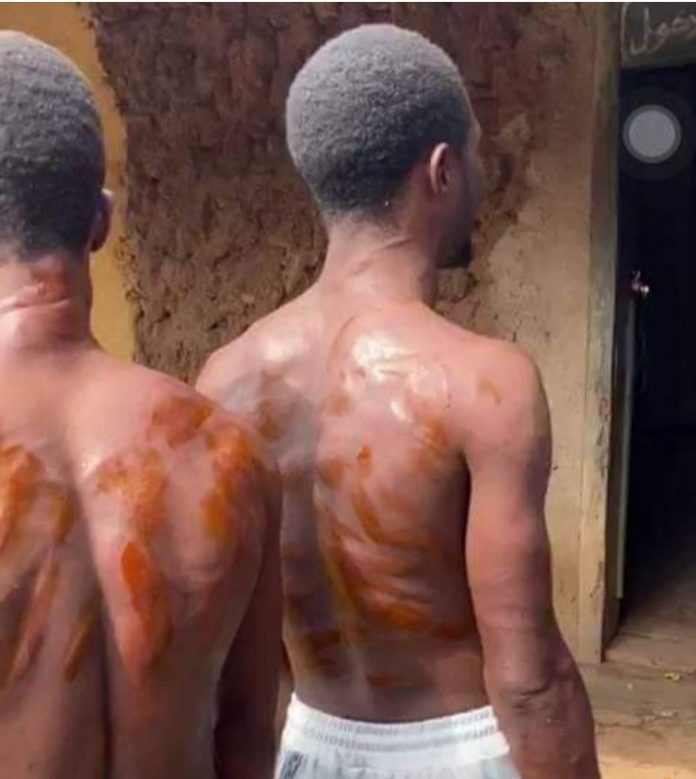 A father of the female student who was among students brutally flogged in Kwara State, Yunus Olarenwaju has said that  he supports the school’s action.

On Sunday, a video that surfaced online had shown some students of Musbaudeen Al Islamy Arabic School, Ganmo in Ifelodun LGA of the state being subjected to intense beating.

The students were said to have attended a birthday party and reportedly took alcohol during the outing.

READ ALSO: Only one of us drank alcohol, Kwara Madrasa students react to brutal flogging

The clip had provoked a wave of backlash on social media, as many Nigerians condemned the handling of the students by the school authorities.

Amid the outrage, the state government had suspended the head of the Islamic school and ordered a probe of the incident.

But in an interview with BBC Pidgin, Olarenwaju said he was the one who requested that his daughter should be punished after he saw a video of her at the birthday party.

“It was my son in Lagos that sent the video of my daughter among boys that were drinking alcoholic drinks inside hotel and the incident really made me sad,” he said.

“I informed the school about the incident and I personally requested that they should give her the appropriate punishment. I also insisted that I must be present when they are carrying out the punishment.”

Olarenwaju said he had known the Islamic school for over 20 years, adding that eight of his children had graduated from the Arabic institution.

The Islamic school had earlier justified the brutal flogging of the students while adding that their actions were un-Islamic.