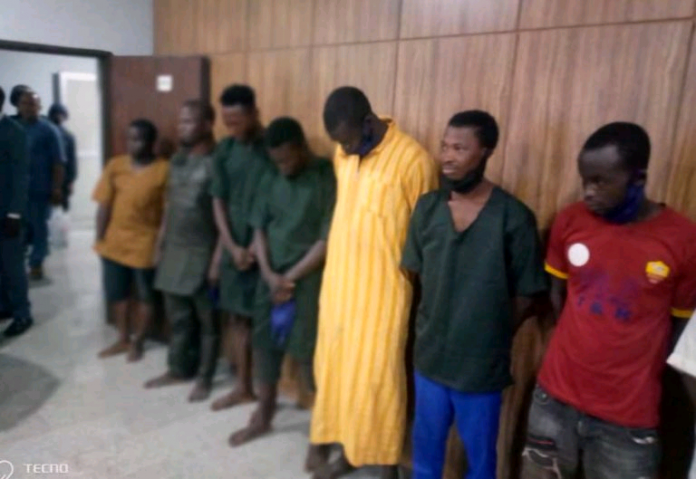 Suspected armed robbers have stolen the Fundamental Human Rights Enforcement application file in the hands of the DSS lawyers.

According to Punch, the Counsel for the Department of State Service, I. Awo, revealed this before the Federal High Court, on Wednesday.

He said that the case file relating to the Fundamental Human Rights Enforcement application filed by the aides to Sunday Adeyemo, popularly known as Sunday Igboho, was stolen by armed robbers.

He told Justice Obiora Egwuatu that his colleague who was to bring the case file to court had boarded a vehicle belonging to armed robbers commonly known as ‘one chance.’

According to him, his belongings including the case file were hijacked by the armed robbers.

Consequently, he applied for an adjournment.