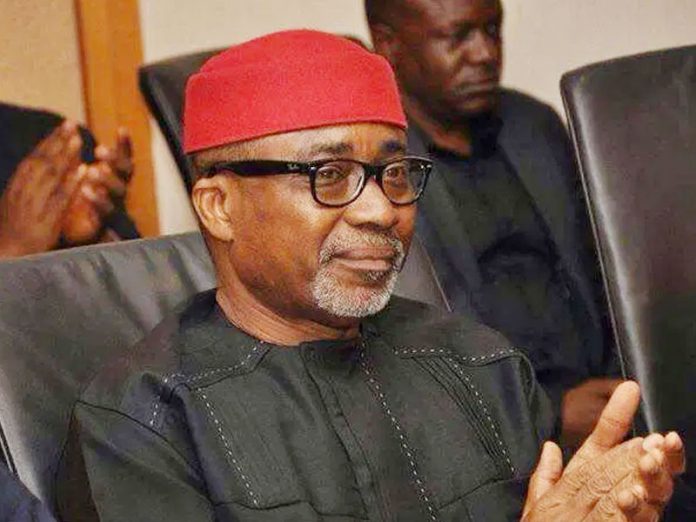 Nigeria’s Senate Minority Leader, Enyinnaya Abaribe, says should the opportunity present itself, he is ready to stand as surety again for  the leader of the Indigenous People of Biafra, Nnamdi Kanu.

Abaribe stated this during an interview on TVC.

The lawmaker explained that he stood surety for Kanu after his initial arrest in 2017 because it was a condition imposed by the court.

“There is a difference between jumping bail and escaping for your life. I went back to court and deposed that on the basis of the principle of ‘last seen’, that the last people seen with him were soldiers of the Nigerian army who were invading his father’s residence.

“The judge ultimately ruled that she was revoking bail and issued a warrant of arrest, thereby removing us from the responsibility of providing him,” Abaribe said.

When asked if he would be willing to stand surety for Kanu again if the IPOB leader was offered bail, Abaribe said, “If the circumstances are the same, then why not?

“The first time, the judge said they needed a senator to be part of his sureties. So if a judge says that again that they need a senator, I don’t see why I won’t. I am a senator and I come from the South-East.

“We can’t run away from our responsibility. He’s our son. He’s from our state (Abia).”

Abaribe was one of the three persons that stood surety for the bail granted to Kanu, who is being prosecuted by the Nigerian Government over treasonable felony charges.

The IPOB leader was granted bail by Binta Nyako of the Federal High Court in Abuja in April 2017 after Abaribe and two others agreed to be his sureties with each of them staking N100m worth of Abuja properties as security for the bail.

Kanu later skipped bail in September after it was reported that soldiers invaded his home in Afara-Ukwu, near Umuahia, the Abia State capital.

In June 2021, the IPOB leader was re-arrested in Kenya and extradited to Nigeria to face charges of treason.

He was subsequently arraigned before Justice Nyako who asked him to be remanded in the custody of the Department of State Services until his trial later this month.