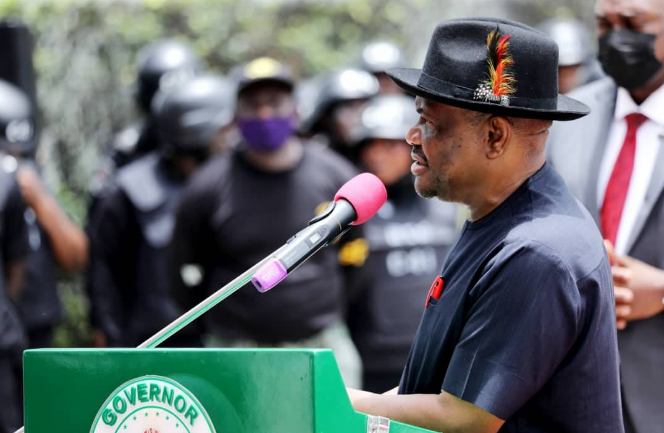 A planned meeting of some Igbo residents in the Oyigbo local government area of Rivers state has been banned by Governor Nyesom Wike.

The state commissioner for information and communications, Paulinus Nsirim, announced on Friday, April 9, that the meeting scheduled to hold at Oyigbo on April 10, 2021, was banned over security concerns, according to Channels TV.

He said the action was:

“To ensure that the said meeting does not hold to forestall a breakdown of law and order in the area.”

The banned meeting was organised by the United Igbo community.

According to PM News, Oyigbo local government area which shares a boundary with Abia state is considered a stronghold of the Indigenous People of Biafra (IPOB), a proscribed group.

The group was in October 2020 blamed for attacks on police officers and its facilities in the area.

The attacks led to a military operation in which soldiers and civilians were reportedly killed.

Meanwhile, Usman Baba, the acting Inspector-General of Police (IGP) has said that the security situation in the southeast and south-south geopolitical zones in Nigeria is critical to his tenure.

The Punch reported that Baba disclosed this on Friday, April 9, in Abuja at the opening of a meeting with police strategic commanders in the zones.

He said the meeting was aimed at discussing security issues affecting the two regions of the country.