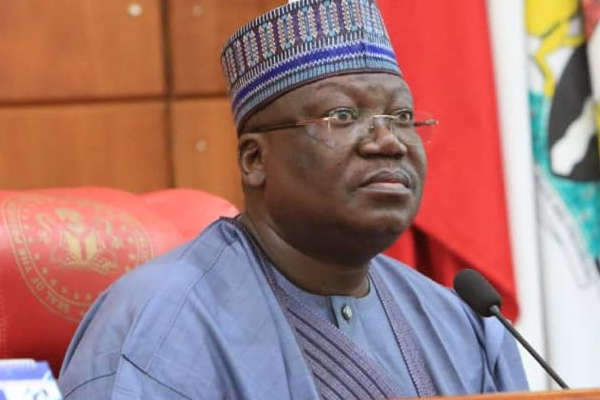 The leadership of the Senate on Monday met with the military and intelligence chiefs to review the progress made in the fight against insecurity in the country.
The meeting which was a follow-up to a similar one held early in August was presided over by the President of the Senate, Ahmad Lawan, and attended by the Deputy Senate President, Ovie Omo-Agege, other principal officers of the Senate, and Chairmen of security related committees of the Senate.
Also in attendance were the Chief of Defence Staff, the three Service Chiefs, Inspector General of Police, Directors-General of National Intelligence Agency(NIA), State Security Service(SSS), and Commandant General of the National Security and Civic Defence Corps while the Acting Comptroller General of the Immigration Service was represented.
In his opening remarks before the meeting went into a closed-door session, the Senate President told the security chiefs: “You will recall that about four weeks ago, we had a meeting here and that meeting was to look into the security situation in the country then.
“Before we closed for our annual summer recess, Distinguished Senators and indeed, members of the National Assembly expressed so many concerns with respect to the security situation prevailing and we felt we must engage our security agencies so that together, we will continue to fight these challenges in our country.
“I am happy and I’m sure I’m speaking the mind of my colleagues, that after that meeting, till today, we have seen a remarkable difference in the fight against insecurity in our country by our Armed Forces and other security agencies and we are very proud of that.
“We pray that this continues because we have seen the initiative and it is for us to finish the job. When Mr. President spoke of ensuring that we return to normalcy by December 2022, I’m sure he had in mind what you have been doing recently.

“I believe that you, our Armed Forces, and other security agencies have everything in terms of morals and determination, even though we still have to give some other support. This meeting, therefore, is to review what has happened so far.
“While we fight the insecurity in the country, sometimes we capture bandits alive. Those who have made every effort to steal our oil at an industrial scale, I’m sure some of them may not be that lucky to escape.
“We want to see trials of people who are caught because when that happens, citizens will know that nobody, no matter how high that person is, can go scot-free if he or she decides to get involved in this kind of criminal activity.
“Of course, I will appeal to our courts – the judiciary – once we have cases like this, we must give expeditious consideration, because these are the issues that, today, are militating against our stability and even against our democracy.
“We lose so much of our oil. As of the last count, the report was that we export just little above 900,000 barrels. And that is just about 50 percent because it is supposed to be 1.8million barrels per day and that is halving our revenues and our resources for development.
“So I want to appeal to the judiciary to give a special consideration once a suspected oil thief is taken to Court. We must prosecute them. It is not enough to just take away whatever they have stolen and say go and sin no more.”
Lawan also appealed to the Security Chiefs to take them(lawmakers) into confidence during the closed-door session.
“We are responsible people. There are things that we know are very sensitive but some things are treated better when we are on the same page so that we also don’t legislate blindfolded or without the necessary background information.
“Where there are requests or requirements to enhance the capacity and the competence for Armed Forces and other security agencies, I think we should consider that as a priority as well,” the Senate President said.