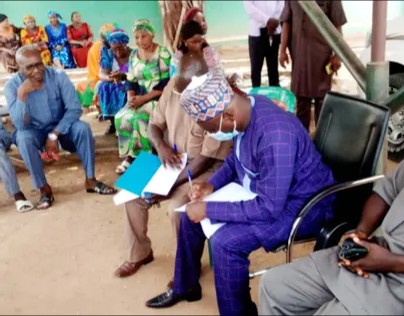 The new Commissioner of Co-operatives and Poverty Alleviation in Taraba State, Mr. Jethro Yakubu, assumed his role under a tree on Wednesday.

The Permanent Secretary in the ministry, Mr Jibrin Na Wukari, who handed over to the new Commissioner, said the staff of the ministry have been working under the tree for nearly six months.

He lamented that it is sad for a ministry that is saddled with the responsibility of alleviating poverty to be operating in a deplorable environment.

Wukari urged the new commissioner to collaborate with the relevant authorities to “ensure that the needful is done”.

Offices of the ministry were destroyed during the #EndSARS protest in October last year.

“This is where we always sit and now that the raining season is here, you should not be surprised if you come to work and you meet no one.

“There is no functioning office here. We hope that with your coming, the state governor would do the needful and we would be able to have a conducive working environment,” he said. 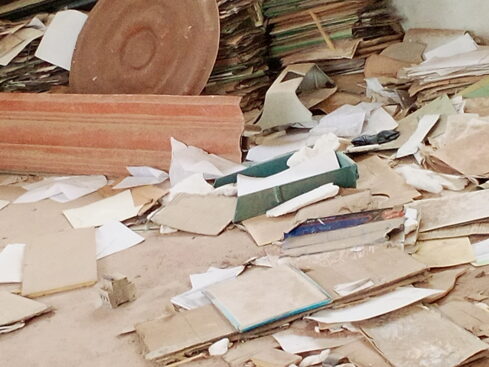 In his address, the new commissioner said the ministry is too strategic to be neglected.

He assured that the state government would do everything within its powers to make the environment conducive.

Franktalknow learnt that offices were vandalized and equipment, including furniture and Air conditioners, were looted by hoodlums during the protest.

The offices of the Taraba Environmental Protection Agency, the Radio Broadcasting Services and State Tourism Development Board are among those affected.

Six months after the incident, the state government has not renovated the offices, a situation that forced staff in the affected offices to operate under the trees.