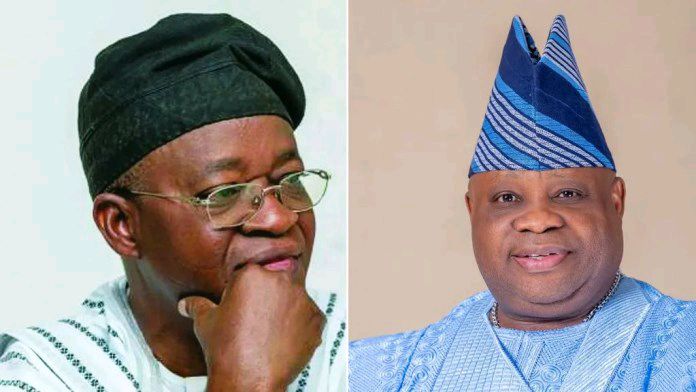 The local government poll was conducted on Saturday, October 15, 2022, by the Osun State Independent Electoral Commission (OSIEC) under the Chairmanship of Segun Oladitan.

He also added that the election was not conducted in consonance with the Electoral Act of 2022.

He also ordered the local government chairmen and councillors who were sworn in after the election to vacate Local Government Secretariats and offices with immediate effect.

The development comes two days before the inauguration of Ademola Adeleke of the Peoples Democratic Party (PDP) as the state governor.

Reacting to the court judgment, the Osun Peoples Democratic Party (PDP) stated that its activism against the illegality of the outgoing administration of Adegboyega Oyetola has been vindicated.

In a statement signed by Akindele Adekunle, the Osun caretaker chairman of the party, lamented that about N1.5 billion naira that has been deployed for workers’ welfare was wasted by the Oyetola’s administration for the conduct of the election in addition to several millions of naira illegally paid as salaries and allowances to fake council chiefs.

“We had warned against holding that fake selection they called election. We had cited all relevant legal authorities to convince OSIEC to back out of the undemocratic scheme. The Commission Chairman who himself is a lawyer decided to act against clear provisions of the law to supervise this crudely executed lawlessness.

“This judgement is an affirmation of the correctness of many alerts we have issued in recent times. The outgoing Governor had deliberately committed a lot of infractions and lawlessness. We will deploy all legal means to correct the anomalies in compliance with public service rules, extant laws and the constitution of the republic,” the party leader stated.