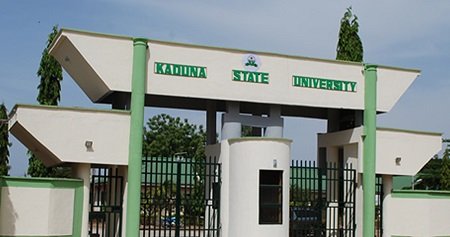 The students rejected the hike in Kaduna during a meeting with the students’ representatives, organised by the Dean of Student Affairs, Dr Terhimba Wuam.

Mr Abdulrazak Shuaibu, a medical student who spoke on behalf of the students, said that the tuition fees was increased from N26,000 to N150,000 for students in Faculty of Arts, Management and Social Sciences.

Shuaibu, a former President of the Kaduna State Students Union, added that the tuition fee for for Faculty of Medicine was increased from N24,000 to N300,000 for indigenes and N500,000 for non-indigenes.

He described the increase as “outrageous” considering the current economic hardship being faced by parents and the negative impact of COVID-19.

He said that the students have rejected the increase and called on the state government to revert to the former fees.

“Currently, most students find it difficult to pay the N26,000 fees with a few dropping out of school eventually while some female students had to resort to prostitution to be able to pay.

“This is because majority of us came from poor homes with our parents struggling to feed us and pay our school fees.

“Moreso, we are yet to recover from COVID-19 and the state government is increasing school fees. This is unfair and unreasonable,” he said.

He noted that although some of the students were enjoying the state government scholarship, the beneficiaries were less than 5,000.

“This also means that the government is giving us scholarship and collecting even more from us as tuition fee. We, therefore, reject the scholarship,” he said.

Also speaking, Mr Adonalo Stephen, the Secretary General, National Association of Kaduna State Students, pointed out that most of their parents were being sacked from the civil service, a development that has already thrown many families into economic crises.

Stephen therefore appealed to the state government to reconsider its stand and revert the tuition fee to the old rate so as not to deny many youths in the state university education.

Ashafa explained that the university requires huge funding to efficiency provide the needed quality education and skills that would make the students useful to themselves and to the society.

He said that perhaps the tuition fee was increased to enable the school generate the needed funds it requires to deliver its mandate.

He appealed to the students to be law abiding and not to take law into their hands in their quest to seek reversal of the fee increase.

Ashafa commended the students for the display of maturity and the choice of dialogue in presenting their concerns.

Earlier, Wuam explained that the meeting was convened to get feedback from the students and agree on way forward to avoid actions that could lead to breakdown of law and order by the students. (NAN)