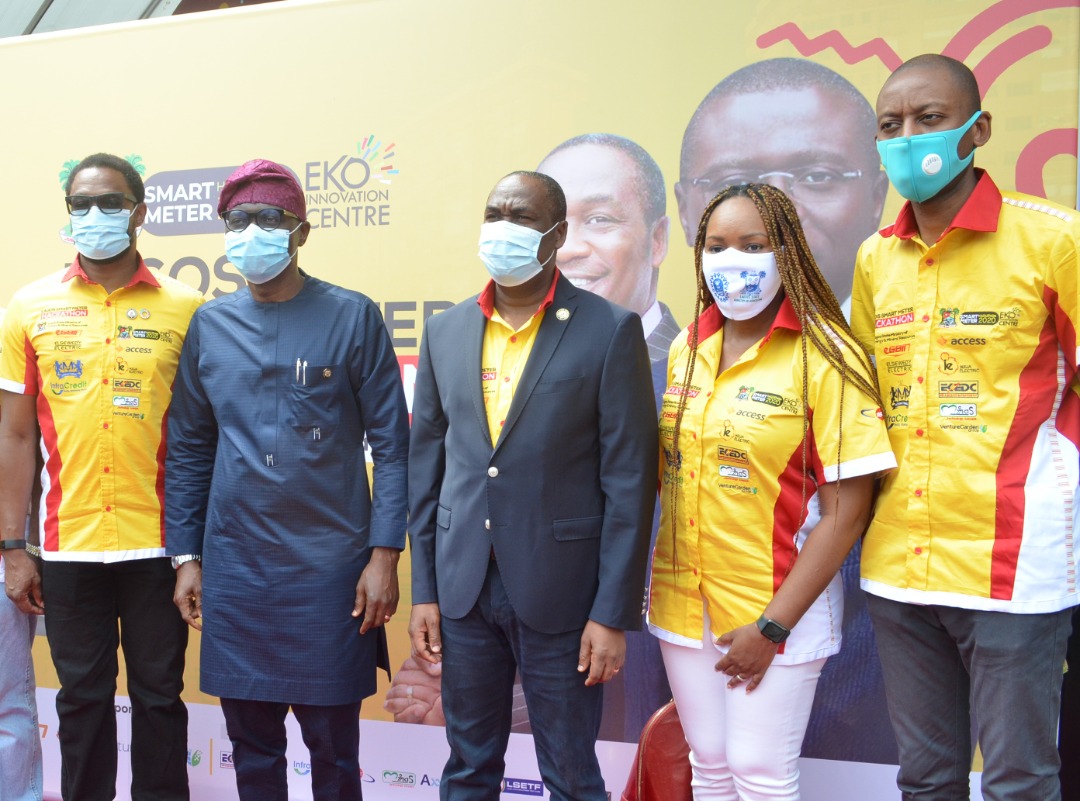 Lagos State Government has unveiled the two winners of the 3-Day Finals of the Lagos Smart Meter Hackathon – Team Power Bit Crunchers from the hardware category and Team Zeena Platform from the Software group; the two winners earned the combined prize money of N10 Million. The winners and runners-up will also get working space at Eko Innovation Centre, while all ten (10) finalists will get mentorship opportunities, among other consolation prizes.

Speaking on the significance of the initiative  at the Eko Innovation Centre,  Lagos, on Friday, Governor  Babajide Sanwo-Olu said, “Today is a true hallmark in our administrations pursuit to improve the welfare of our people. As you are aware, a key pillar of our administration’s T.H.E.M.E.S agenda is to make Lagos a 21st century economy and this Lagos Smart Meter Hackathon fits perfectly as it combines innovation, creativity and local capacity to deliver solutions that will improve access to electricity in Lagos.”

He added that the settings, the mood and the aura at the ceremony “inspires creativity and innovation, noting that he saw in the participants vibrant energetic youthfulness “that inspires hope of brighter and bigger roles that technology and digitization would play in the country.

He said the Smart Meter Initiative would drive local capacity that would find home grown solutions to solve our challenges, which “is a great move in transforming the electricity sector in the state.

“The young people in Lagos and Nigeria have proven to be hardworking and brilliant and we will do all we can to support them through our various ministries, agencies, enabling policies and incentives,” he stated.

He encouraged all participants, especially those that were not declared winners to never give up. “Everyone,” he said “is a winner, someone must just be declared winner to fulfill all righteousness.”

In his remarks, the Deputy Governor, Dr Kadiri Obafemi Hamzat, noted that “The Lagos Smart Meter Programme is an important way for the Lagos government to demonstrate its commitment to improving access to reliable and affordable smart meters to increase the living conditions of our people.

According to Mr. Ade Bajomo, Executive Director Access, representing the Managing Director, “the great efforts by the Lagos State Government at improving access to electricity has  received a major boost by this initiative.

He said Access Bank would always support creative and innovative ideas. He said he “is excited as Africans were striving hard to find local solutions to local problems, leveraging on local solutions. He said “this is a revolution that should not be missed, and we must all come together to support and nurture.”

The convener of the Lagos Smart Meter Hackathon, the Honourable Commissioner for Energy & Mineral Resources, Lagos State, Mr. Olalere Odusote said that the Hackathon received two hundred and seventy-four (274) registrations: one hundred and twenty-seven (127) of which bid in hardware category, while one hundred and forty-seven (147) competed in software group.

The Lagos Smart Meter Hackathon 2020 received entries from across the country. It was convened by the Lagos State Ministry of Energy & Mineral Resources and curated by Eko Innovation Centre.