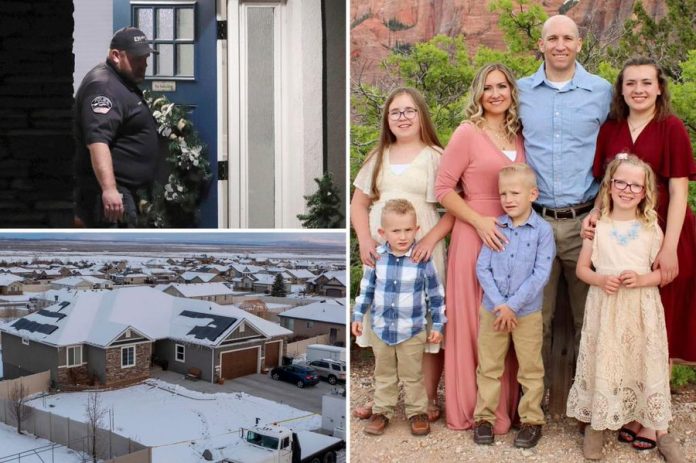 An American identified as Michael Haight has reportedly shot dead his five children, his mother-in-law, his wife, and himself, two weeks after his wife filed for divorce.

CBS News reports that during a Thursday press conference, Enoch Police Chief, Jackson Ames, said that officers had been involved in investigations involving the 42-year-old man and his family a “couple of years prior” to the time of the incident.

The crime was said to have rocked Enoch, a small town in southern Utah about halfway between Salt Lake City and Las Vegas.

The town is one of the fastest-growing areas of the country and communities of new homes are made up of large families that belong, like most of Utah, to The Church of Jesus Christ of Latter-day Saints, known widely as the Mormon church.

CBS News quoted Enoch City Manager, Rob Dotson as saying that the deceased were well-known in the town.

Dotson on Wednesday night said that “Many of us have served with them in church, in the community, and gone to school with these individuals.

According to the report, officials said that they believed that Haight had killed his wife, his mother-in-law, and the couple’s five children because each of the victims had gunshot wounds.

Court records show that 40-year-old Haight’s wife, Tausha filed for divorce from her husband on December 21, 2022.

Her lawyer said on Thursday that Haight had been served with the divorce papers on December 27, 2022.

Mayor Geoffrey Chesnut said that Haight and other members of the family were seen the night before the killings at a church group for young women.

City officials said police were dispatched to the family’s home Wednesday afternoon for a welfare check after someone reported that Tausha Height had missed an appointment earlier in the week.

The victims were found inside the house. The children ranged in age from 4 to 17 comprising three girls and two boys, authorities said. The other victim was Tausha Haight’s 78-year-old mother, Gail Earl.

The five children attended schools in the Iron County School District, officials said in a letter sent to parents.