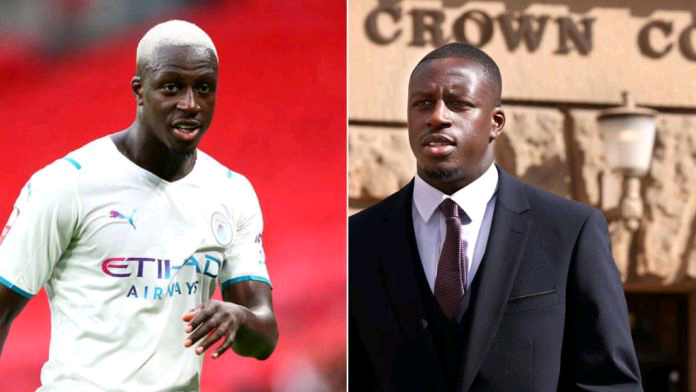 Manchester City star Benjamin Mendy has been cleared of six counts of rape and one count of sexual assault.

The footballer was found not guilty of seven of the nine charges against him after a jury decision at the Chester Crown Court, on Friday, January 13, 2023.

Jurors could not reach verdicts on one count of rape and one of attempted rape — which are now set for retrial on June 26, 2023.

Mendy was arrested and charged with several counts of rape and sexual assault after several individuals reported him to the police.

He was charged alongside Louis Saha Matturie, an accomplice, as the trial began in August 2022.

In one of the hearings, a police video interview revealed how one of Mendy’s alleged victims recounted her meeting with the Frenchman at a bar in Alderley Edge, Cheshire town on October 11, 2020.

The woman, who was aged 24 at the time, claimed that the footballer locked her in a room, collected her phone, and asked her to strip naked.

The woman alleged that Mendy then grabbed her from behind, despite her protest.

The prosecutor described the footballer to the jury as a “predator” who turned the pursuit of women for sex into a game.

Manchester City suspended Mendy following the commencement of the case in 2021 — and he has not played for the club since then. His contract expires this summer.