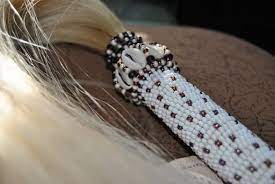 Following a protest against the appointment of Prince Yinusa Akadiri as the new Akinrun of Ikirun in the Ifelodun Local Government Area by the Osun State government, the monarch has been prevented from accessing the palace.
Akadirin was appointed by the state government after being elected by the majority of kingmakers on November 19, 2021, after the demise of Oba Abdulrauf Adedeji in February same year.
However, after his announcement on Wednesday, some youths in the town thronged the road, protesting against his appointment.
This development led the state government to deploy security operatives into the town.
Attempts by the new monarch to access the palace were also being frustrated by aggrieved residents, who placed charms on the entrance gate.

A resident, Sofiu Oladimeji, told Sunday Vanguard that the gate was locked from behind to avoid easy access for anyone, but added that he could not ascertain on whose instruction the gate was locked.
The tense situation, according to him, prevented market women from opening shops as the market was deserted on Friday and early hours of Saturday.
“The gate was locked because people are angry about the choice of the monarch elected by kingmakers and eventually appointed by the state government. I can’t confirm who gave the instruction that the gate should be locked or charms placed on it”, said Oladimeji.
Meanwhile, the Akinrun in Council, in a statement at the weekend, appealed for calm and urged aggrieved parties not to take laws into their hands.
“While we concede that it’s not abnormal to be aggrieved where a particular expectation failed to materialize in one’s favour, we however consider resorting to self-help as a means of settling scores very much avoidable and abhorrent. It is on that note we call for the promotion of calmness, harmony, and tranquillity that the wise and industrious people are reputed for.”