Nigeria gets worst corruption rating since 2015 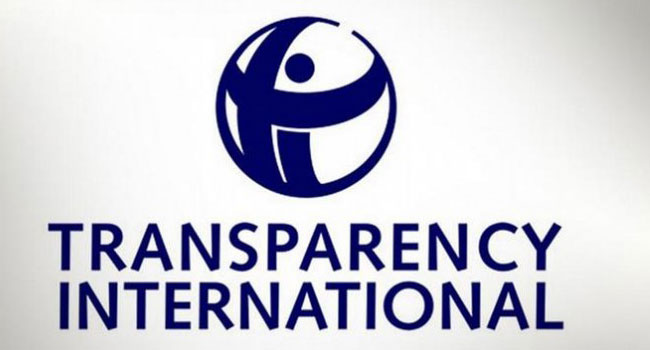 Nigeria has got its worst rating on the Transparency International corruption perception index since 2015.

According to  the 2020 TI  index released on Thursday, Nigeria  scored 25 out of 100 points — with zero signifying the worst performing countries and 100, the best-ranked.

It also dropped to 149 out of the 180 countries surveyed, making it the second most corrupt country in West Africa.

Nigeria is also rated among the worst-performing countries in West Africa, only second to Guinea-Bissau which was ranked 165.

According to the report, the Sub-Saharan Africa remains the lowest-performing region on the CPI, “showing little improvement from previous years and underscoring a need for urgent action”.

It said the region’s average is 32/100, which is still better than Nigeria’s 25 points.

“Countries that perform well on the index invest more in health care, are better able to provide universal health coverage and are less likely to violate democratic norms and institutions or the rule of law,” it said.

Delia Ferreira Rubio, the chairperson of TI, said COVID-19 is not only a health and economic crisis but also a “corruption crisis”.

“The past year has tested governments like no other in memory, and those with higher levels of corruption have been less able to meet the challenge. But even those at the top of the CPI must urgently address their role in perpetuating corruption at home and abroad,” she added.