Nigerian Governor Hands Over Power to His Deputy, Gives Reason 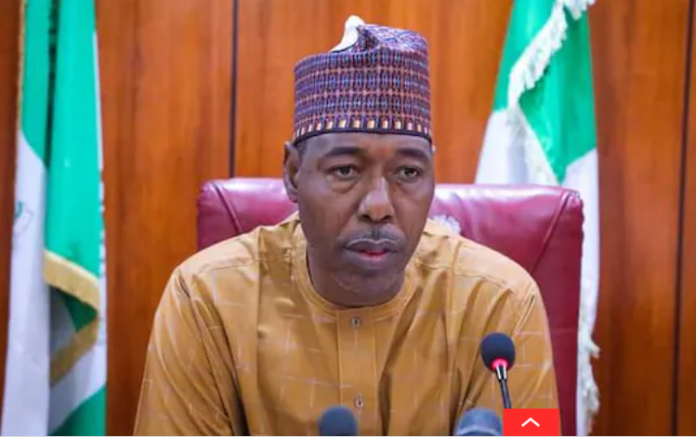 Governor Babagana Zulum of Borno state has handed power over to his deputy, Umar Kadafur, to serve as acting governor from April 29 to May 19

Daily Trust reported that lawmakers in Borno have given approval for Deputy Governor Umar to serve in that capacity after Zulum made the request in a letter dated April 26.

According to Malam Isa Gusau, Zulum’s spokesman, the governor sought approval of the house to go on a 21-day vacation.

“The governor also requested that in compliance with provisions of section 190 (1) of the constitution, which made him notify the House, the Assembly should approve the Deputy Governor to serve as acting Governor throughout the 21 days, to constitutionally give him the full powers to handle Borno State’s affairs without resort to the Governor.”

Meanwhile, following the incessant abduction and killings of innocent Nigerians, some governors and senators have expressed great concerns about the ugly incidents.

The Punch reported that the prominent Nigerians on Tuesday, April 27, asked President Muhammadu Buhari to seek foreign help in order to end insecurity in the country.

Governor Babagana Zulum of Borno state; his Niger state counterpart, Sani Bello, and Samuel Ortom of Benue state, warned that insecurity in the country was getting out of control.

They urged the federal government to act fast as 21 people were killed across the country on Tuesday, April 27.