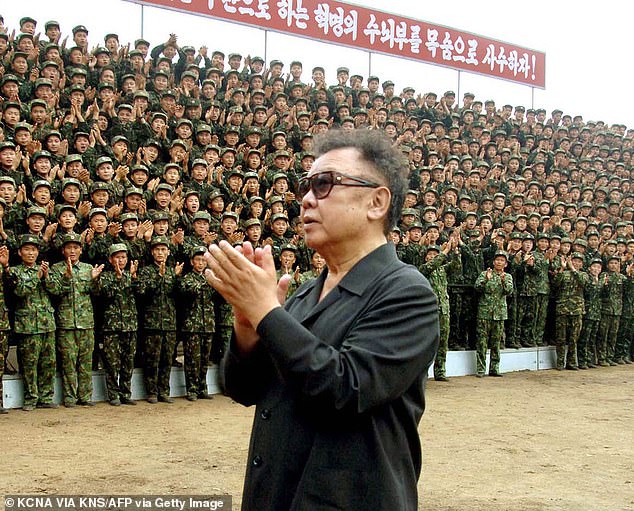 North Koreans have been banned from laughing or drinking for 11 days to mark the tenth anniversary of former leader Kim Jong Il’s death.

Government authorities have ordered the public to not show any signs of happiness while North Korea commemorates his death.

Kim Jong Il ruled North Korea from 1994 until his death in 2011, and was then succeeded by his third and youngest son, current leader Kim Jong Un.

Now, ten years after his death, North Koreans are being forced to observe the 11-day period of mourning where they are not allowed to laugh or drink alcohol.

‘During the mourning period, we must not drink alcohol, laugh or engage in leisure activities,’ a North Korean from the northeastern border city of Sinuiju told Radio Free Asia (RFA).

People gather at an event for the 10th anniversary of the death of North Korean leader Kim Jong Il in Pyongyang, North Korea, on Wednesday.

At midday Friday, as a siren blared for three minutes, North Koreans across the country fell silent and bowed in respect for Kim Jong Il. 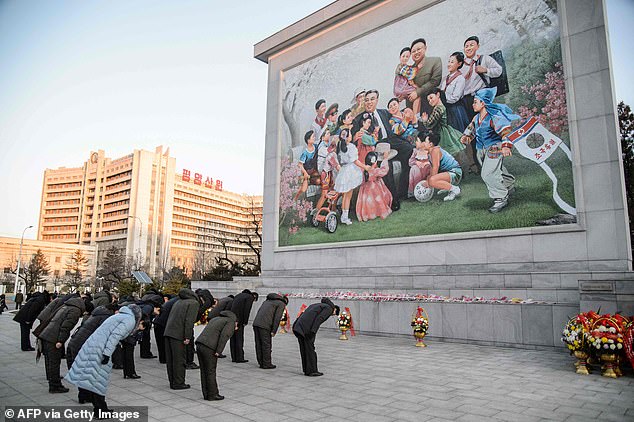 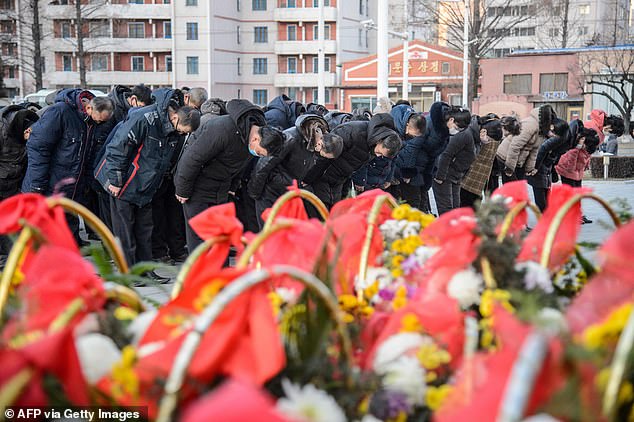 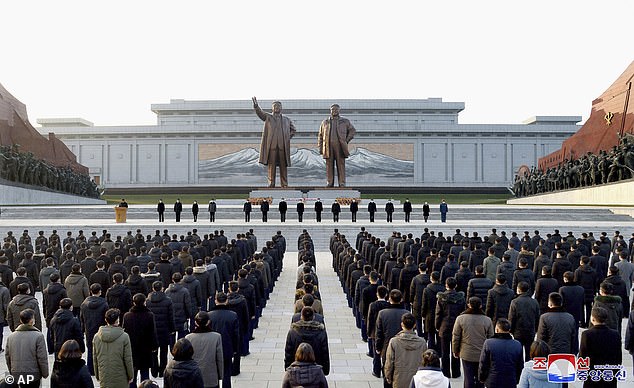